How to Set Up a OneDrive Account in Windows 10 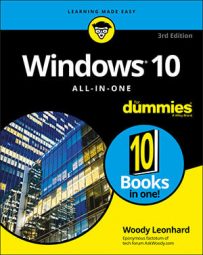 Here's how to work with files in OneDrive when you access OneDrive via File Explorer:

Anything you can do to files anywhere, you can do inside the OneDrive folder — as long as you use File Explorer or one of the (many) apps, such as the Microsoft Office apps (see the following figure) that behave themselves with OneDrive.

Saving files to OneDrive in Word is easy — in fact, it's the default in recent versions of Word.
For example:

It may take a minute or two to upload the files. But plus or minus a bit-slinging delay, the files appear everywhere, magically.

So if you have other computers (or tablets or phones) that you want to sync with your computer, now would be a good time to go to those other computers and install whichever version of the OneDrive program is compatible with your devices. Remember that a OneDrive program is available for Windows (Vista, Windows 7, and Windows 8 only), Windows Phone 10 or later, Mac OS X, and iOS (for iPad and iPhone). There's also a OneDrive app for Android phones and tablets. 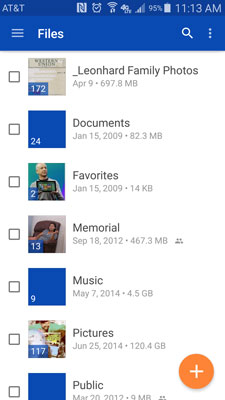 The OneDrive app on an Android phone.