Explore Book Buy On Amazon
Modeling the travel demand of criminal activity allows you to describe and predict the travel patterns of criminals so that law enforcement can use this information in tactical response planning. If you want to predict the most likely routes that criminals will take between the locations from where they start out and the locations where they actually commit the crimes, use crime travel modeling. 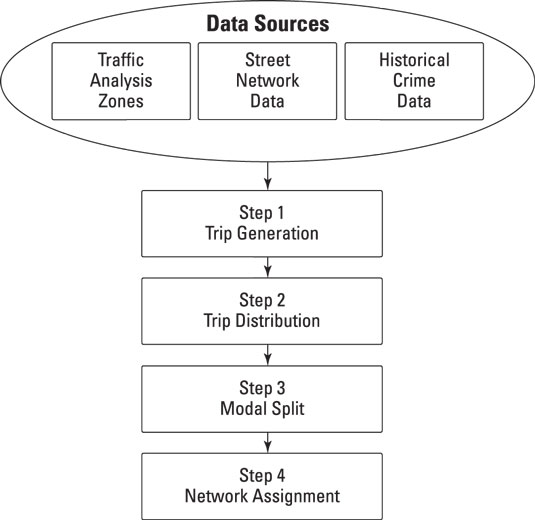 A schematic that represents the travel demand model.

The trip-based approach is broken into the following four steps:

Lillian Pierson is the CEO of Data-Mania, where she supports data professionals in transforming into world-class leaders and entrepreneurs. She has trained well over one million individuals on the topics of AI and data science. Lillian has assisted global leaders in IT, government, media organizations, and nonprofits.