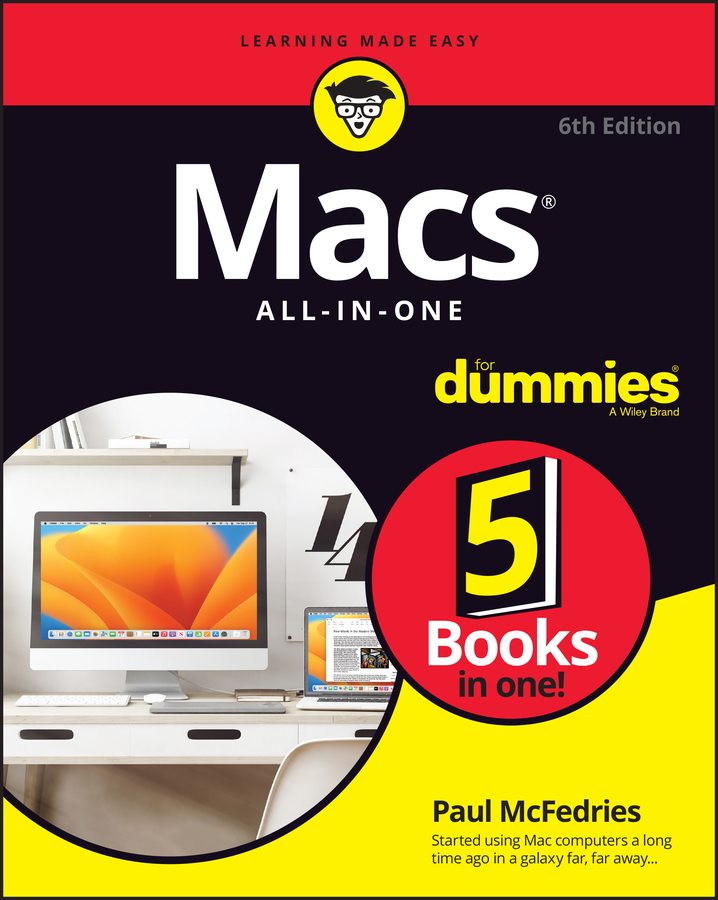 Folders are called directories in UNIX. Commands that refer to filenames, as most do, assume that you’re talking about files in the working directory. When you open the Terminal window, the working directory is set to your home directory, abbreviated ~. Bash shows you the current working directory and your username to the left of its prompt. The following table lists common directory-related commands.

As in Windows, you can redirect the output of a command to a text file. So if you want a record of the files in a folder, type cd, followed by a space, drag the folder’s icon to the Terminal window, and press Return. Type ls > mydirectorylist.txt and press Return again. A file named mydirectorylist.txt will appear in the folder you chose. You can open the file in TextEdit to see a list of the files in that directory.

This table lists commands commonly used when working with files in the Terminal window. This last table explains other handy commands that anyone getting started in Terminal will likely want to know.

When you’re working in Terminal, you don’t have a Trash Can to which deleted files are moved pending ultimate disposal. Delete it, and it’s gone. In general, UNIX has no Undo function.