How to Install Containers on Windows Server 2019

Explore Book Buy On Amazon
Containers are a game-changing technology — especially for teams that have developers who need dynamic environments to work from. A developer can launch a container that supports the needs of her application within minutes, and many of the container images are purpose build with the various programming frameworks called out in the title of the container image.

The best thing about this conversation is that you don’t need to decide on one type or the other type. Containers can go from being Windows containers to Hyper-V containers.

How to install Windows containers

Installing Windows containers is simple. You just enable the feature, and then install Docker. This section covers installing the feature. 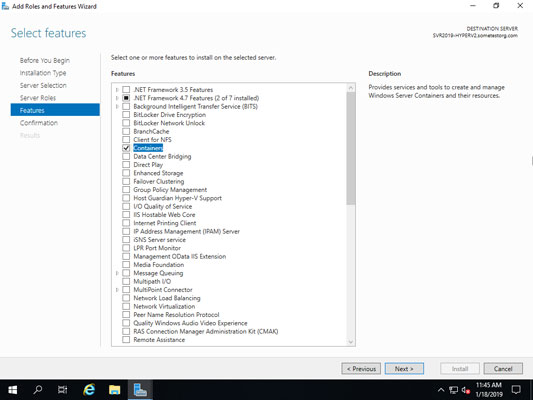 To use Windows Containers, you only need to install the Containers feature and then install Docker.

How to install Hyper-V containers

To install Hyper-V containers, you also have to install the Hyper-V role. You can install them both at the same time. Follow these steps: 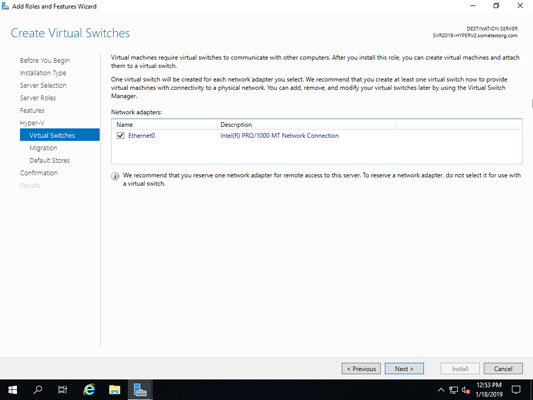 When setting up Hyper-V, you can provision the virtual switch at the same time.

How to install Docker

After you’ve opened PowerShell, your first step is to install the Microsoft Package Provider for Docker. This is done with the following command:

Now you can install the latest version of Docker with the following command:

After Docker is installed, you need one more restart. You can do this through the graphical user interface (GUI), or you can just type the following into PowerShell:

These commands are shown in the following figure. If everything went well, you get no output. The PowerShell prompt will simply return, and you can run the next command. 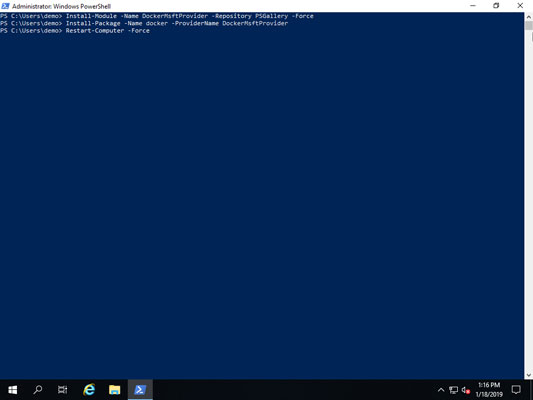 It takes two PowerShell cmdlets to install Docker on Windows Server 2019, three if you count the restart cmdlet at the end.

After your server is configured and Docker is installed, you’ll want to test to ensure that your container installation is working properly.

There is a simple way to test that your Windows container installation is installed properly: Download and run a container image. One of my favorites is a sample image because it prints out a “Hello world”–style message and then exits.

Note that the download may take a few minutes because it's pulling down a copy of Nano Server. You can watch the progress on the screen. See the following figure for the output from running the command. 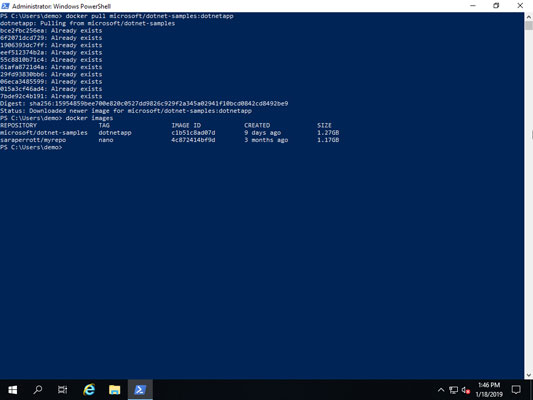 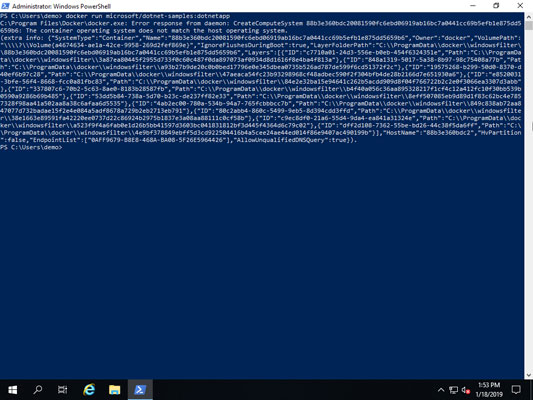 You get an error if you try to run a container image that does not match the container host’s OS.

As you can see in the following figure, the container image, which was downloaded previously in the Windows container section, ran and gave us the Hello message with the super adorable .NET Foundation’s robot mascot. 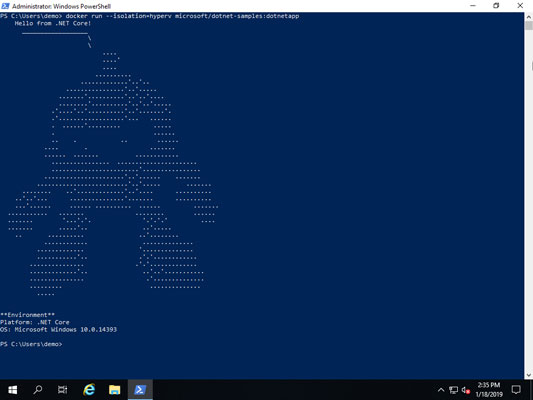 The sample container image prints Hello along with the .NET Foundation’s robot mascot.