Photographing animals is an exciting part of nature photography. Photographing wild animals is similar to hunting, yet your prey survives to live another day. First, you will need to find wildlife.

After you find local areas in which to photograph wildlife — likely state parks and nature preserves — you need to find the wildlife, such as the deer shown. Sometimes you get lucky and find a spot that is loaded with wildlife. Much more often, you have to search for wildlife. 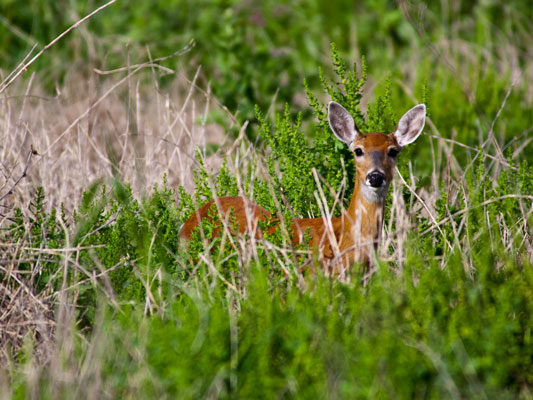 Here are six things you can do to find wildlife when visiting a state park: