Memory Cards and the Nikon D7100

Instead of recording images on film, digital cameras store pictures on memory cards. Your Nikon D7100 uses a specific type of memory card — an SD card (for Secure Digital).

To enable you to shoot oodles of pictures without having to swap out cards, the D7100 has two card slots. Open the cover on the right side of the camera to reveal them. The top slot is Slot 1; the bottom slot is Slot 2. 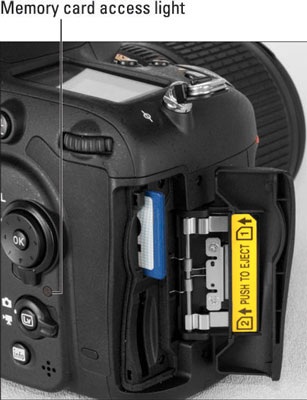 Here are some general guidelines about using SD cards: