The first step to understanding digital photography is to understand exposure. The holy trinity — as some photographers refer to it — of exposure are shutter speed, aperture size, and the sensitivity of the digital camera's sensor to light. 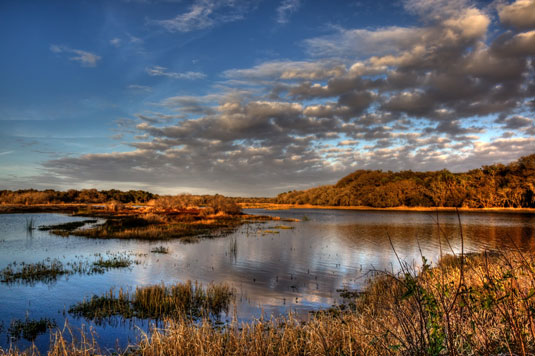 If you just point the camera and shoot without visualizing the end result, you still end up with a picture. In most instances, however, the image won’t be something you’d want to frame and hang on your wall.

The shutter speed is the amount of time the shutter stays open. A typical digital camera has shutter speed ranges from 1/8000 of a second to 30 seconds. The aperture is the size of the hole through which light is admitted to the sensor.

For a given amount of light, there are many combinations of shutter speed and f-stop that will produce a properly exposed image. You can let a little bit of light reach the sensor (small aperture, large f-stop number), which means the shutter needs to remain open longer (slow shutter speed).

Or you can let a copious amount of light into the camera (large aperture, small f-stop number), which means the shutter will remain open for a short duration (fast shutter speed). The camera's light-metering device measures the amount of light and then does all the math and comes up with a shutter speed/f-stop combination that will properly expose the image.