Setting the Release mode dial on your Nikon D7100 to Continuous Low or Continuous High enables burst mode shooting. That is, the camera records a continuous burst of images for as long as you hold down the shutter button, making it easier to capture fast-paced action.

Here's how the two modes differ:

For both modes, you can limit the maximum number of shots the camera takes with each press of the shutter button. Again, the idea behind this feature is simply to prevent firing off lots of wasted frames. Make the adjustment via the Max Continuous Release option, found just below the CL Mode Shooting Speed option. 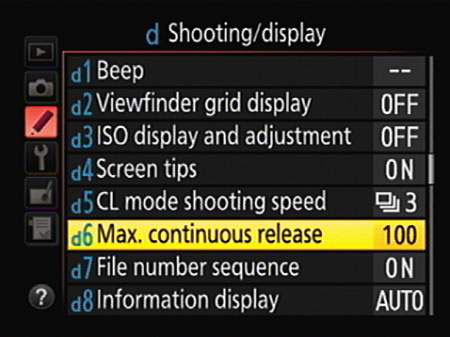 A few other critical details about these two release modes: