How to Bracket Shots with White Balance on the Rebel t5i 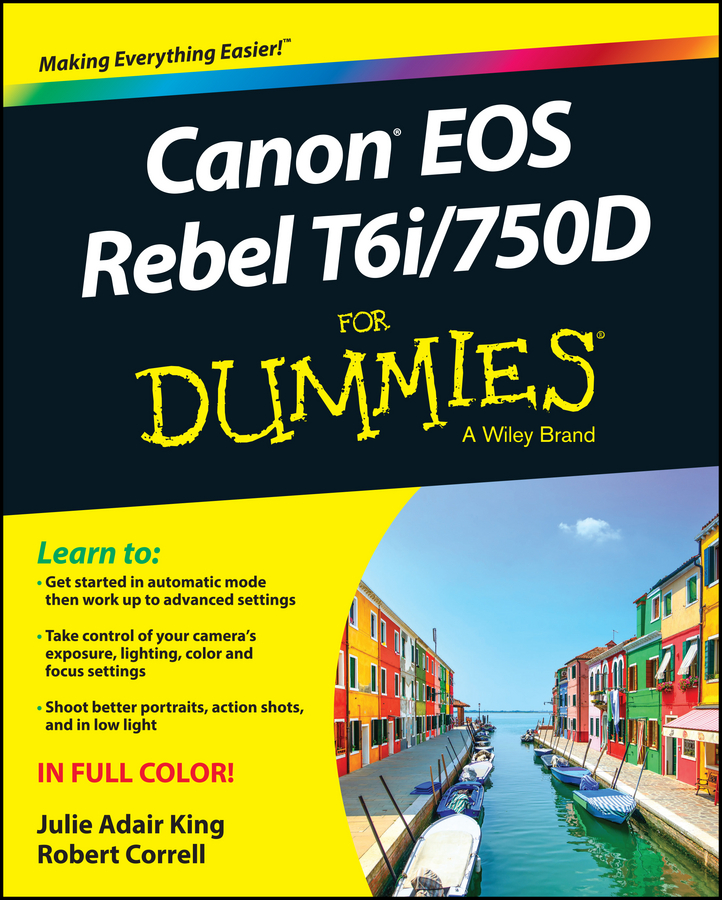 Your Canon Rebel t5i offers automatic White Balance Bracketing. With this feature, the camera records the same image three times, using a slightly different white balance adjustment for each one. You might try this feature to experiment with different color takes on a scene, for example.

Note a couple of things about this feature:

These images were shot using a single tungsten studio light and the candlelight. White Balance Bracketing was set to work along the blue/amber color axis. The camera recorded the first image at neutral, the second with a slightly blue color bias, and the third with an amber bias. 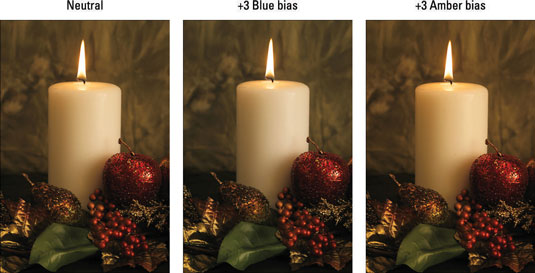 The bracketing setting remains in effect until you turn off the camera. You can also cancel bracketing, rotating the Main dial until you see only a single grid marker. You also can wipe out both your bracketing setting and any White Balance Shift amount by pressing the Erase button or tapping its icon. Either way, tap Set or press the Set button to officially turn off bracketing.

Although White Balance Bracketing is a fun feature, if you want to ensure color accuracy, creating a custom White Balance setting is a more reliable idea than bracketing white balance; after all, you can’t be certain that shifting the white balance a couple steps is going to produce accurate colors.

If you’re comfortable with shooting in the Raw format, that’s the best color safety net, however: You can assign a White Balance setting when you process the Raw images, whether you’re after a neutral color platform or want to lend a slight color tint to the scene.