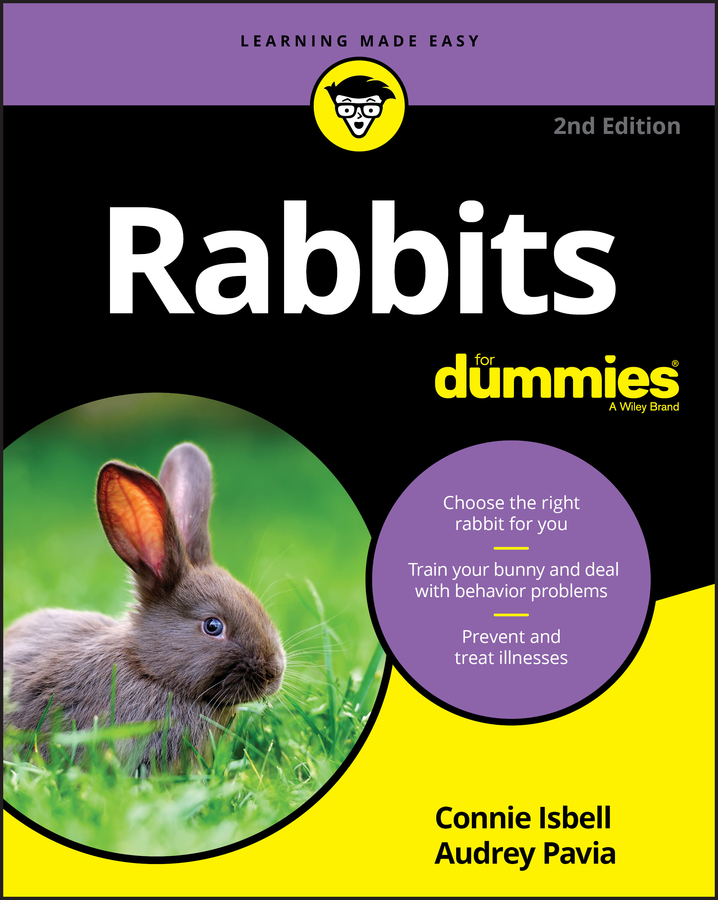 Explore Book Buy On Amazon
One of the most interesting aspects of a rabbit's body is his digestive system. Unlike a cat or dog, rabbits can eat a wide variety of plant material. They can process and extract nutrients from many plants that are indigestible to less adaptable herbivores or omnivores. This ability helps make rabbits highly successful in a variety of environments around the world. Understanding how your rabbit's digestive system functions is important so that you can feed him in a way that's most efficient for his body.

Rabbits are herbivores, meaning that they dine only on plant material. A rabbit has an esophagus, stomach, and intestinal tract like other mammals. However, because they often dine on plants that are high in fiber, they have developed a strategy for dealing with this called hind gut fermentation. This is where the indigestible materials break down into manageable chemicals. Many other herbivore friends, including horses, guinea pigs, and chinchillas, also have this specialization of the digestive system.

Rabbits have a large stomach for their body size to enable them to eat large amounts of plant material quickly. They are crepuscular, meaning they eat primarily at dawn and at dusk. They don't need to eat small amounts all day long. They graze primarily in the a.m. and p.m. with little else during the rest of the day, depending on what's available, the weather, and so on. Rabbits can do nicely eating a large meal twice a day.

The digestive process begins in the rabbit's mouth. The rabbit's prehensile lips grab the plant material first and then the front teeth called incisors — four upper and two lower — neatly slice off pieces of plant matter. The food is then passed to the molars (the back teeth), where it's chewed into small particles and finally swallowed.

All of the rabbit's teeth grow continuously throughout its life. If he is on a good diet and receives additional materials to munch on throughout the day, he is less likely to pick something else, such as your couch legs, your bed legs, or your legs.

Taking a purely scientific look at the digestive system of a rabbit reveals a fascinating process. These animals have a particularly efficient way of dealing with the indigestible parts of their plant diet.

Rabbits have a very large blind sac called a cecum that is located where the small intestine and the large intestine join together. This would be in the same place as our appendix, but in the rabbit this organ is very large and contains a wonderfully diverse population of healthy bacteria, yeast, and other organisms working to help the rabbit digest his food.

What is happening in the cecum? The multitude of microorganisms are breaking down the indigestible fiber and turning it into digestible nutrients. In order for the rabbit to use these nutrients he must take this material and move it through the digestive tract one more time. So, at certain times of the day (which coincides with several hours after a rabbit eats a big meal) the material from the cecum is packaged up into small round moist pellets called cecotropes. The rabbit gets a signal in his brain about when these little delicacies are ready to be passed out of the body; he eats them the minute they emerge. Your rabbit will often look like he is grooming his hind end, but actually he is taking in these nutrient-rich cecotropes.

The various types of fiber in a rabbit's diet is not only there to be used for nutrition, but is they are vital to keeping the rabbit's gastrointestinal tract in excellent working order. The indigestible fiber is particularly important in making the intestines move along smoothly. You could think of it as sort of "tickling" the lining and keeping things moving smoothly. A diet that is low in appropriate types of fiber and too high in rich carbohydrates can lead to a sluggish intestine and cecum and subsequent serious disease.

Normally you don't see any cecotropes in your rabbit's cage; at the most, you'll see a rare one here or there. Cecotropes are soft, green to brown, mucous coated, and have a stronger smell than the waste pellets. If you see a number of them in your rabbit's cage, it may indicate a diet too rich in protein or another, more serious condition. Please consult your vet.