How to Play the Solitaire Game La Belle Lucie 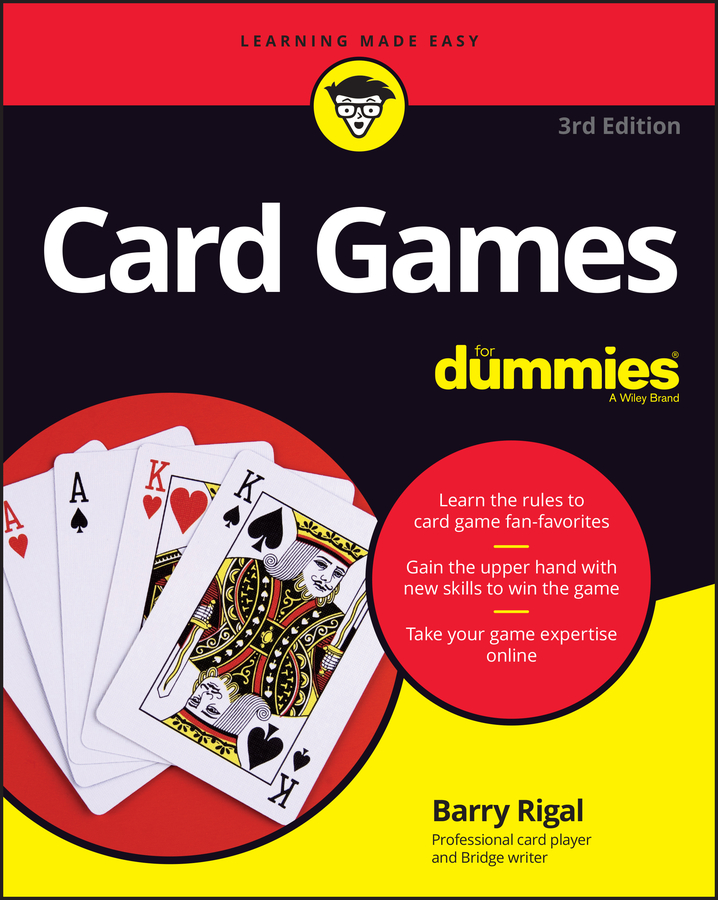 Explore Book Buy On Amazon
In the solitaire game La Belle Lucie (which is also known as Midnight Oil, Clover Leaf, the Fan, or Alexander the Great), every move is critical. The game requires great planning and forethought and rewards the player with a healthy chance of success.

One of the authors has been known to take more than 10 minutes to make a move while he plans the intricacies of competing strategies. It's certainly not unusual for players to take a few minutes at a time to plan a move.

The objective of La Belle Lucie is to build up all four suits from a foundation of the ace through to the king.

You start by dealing all the cards face-up in piles of threes, making sure that each card in every trio is visible (you fan each trio so you can see a top, middle, and bottom card, hence its alias Fan). The last four cards go in two piles of two. Your aim is to move cards around the tableau to free up cards that can build up the foundation.

Whenever you expose an ace on the top of a pile, you move it to start a foundation pile, and can start building the suit up from there. The next card to go on the ace is the 2 of that suit, and you keep going up to the king of the suit. If you don't expose an ace, you have to uncover one by moving the cards around.

You get three tries (or cycles) to move all the cards into suits. At the end of each cycle, you pick up all the cards off the foundations, shuffle them well, and distribute them in trios again.

Bear in mind that the purpose of the game is to build up all the suits in order, starting with the ace, so you try to get the aces out from their piles. If the aces are at the top of their piles already, so much the better. If not, you have to excavate them, but at the same time, you have to plan the sequence of moves that brings the cards to the top. It isn't a good idea to play five moves to get out the ace of diamonds and then discover that the 2 of diamonds got permanently buried in the process. Of course, sometimes burying a card may prove inevitable. The skill of the game is to bury as few cards as possible by making your moves in the right order and to bury only cards that seem less relevant at the moment, such as jacks and queens. Kings automatically trap everything below them, so if you're worried about burying the jack of diamonds by putting the 10 of diamonds on it, and the queen of diamonds is below the king of hearts, relax! You cost yourself nothing — you were never going to get to move the jack of diamonds anyway. 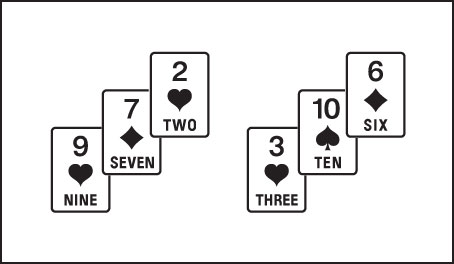 Only one series of moves can get you out of this mess.

Certain moves are risk-free at the start of the game:

The initial layout for a sample hand appears here (the top card in each trio appears on the right). 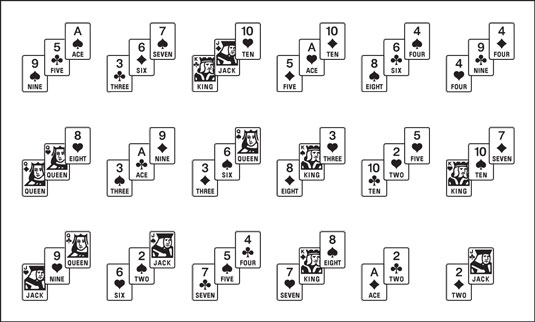 The figure layout has some encouraging features: All the kings are reasonably placed (they either appear at the bottoms of their piles or at least don't trap too many cards), and three of the aces are immediately accessible — a very fortunate combination of events. The bad news is that the jack of hearts and 9 of hearts are on top of one another, ensuring that the 10 of hearts (which traps the fourth ace) won't move this cycle.

Start by making the automatic moves:

The figure shows an interesting combination of piles.

Your game begins to take shape after you make the automatic moves.

The preceding example shows a relatively simple problem, but the degree of interaction can get considerably more convoluted. This element of trading off one move against another is what makes La Belle Lucie such good fun.

Starting the next cycle and ending the game

You keep your foundations, but now you pick up the cards left in the tableau, shuffle them well (they were in sequence, so an imperfect shuffle can restrict your mobility), and deal them out in threes again. If you have two cards left over, make one pair; if one card is left over after you put the cards out in threes, as at the start, make two pairs out of the last four cards.

You have three cycles to get out, and if you fail at the last turn, you're allowed one cheat, or merci, by moving a single card in the tableau; whether you want to pull one card up or push one card down is up to you.