What Is the Paleo Diet? 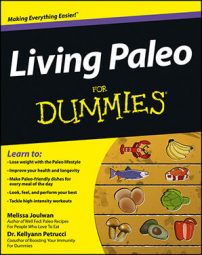 The Paleo diet (or cave man diet) focuses on health as the core ingredient for long-term success. Based on simple, easy-to-understand nutritional principles, the Paleo diet is natural to implement. The Paleo diet refers to foods consumed during the Paleolithic era, the time from about 2.5 million years ago up to 10,000 BC. During this time, early man was called a hunter-gatherer. 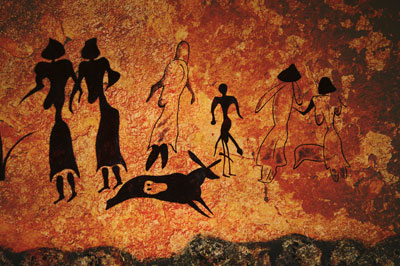 When you think Paleo foods, think grass roots — simple, back-to-nature foods filled with nutrients that bring you back to life. Paleo foods are what you're designed to eat. They're the foods that your body digests and absorbs efficiently. Paleo foods have the most positive impact on all the structures and functions of your body.

The foundational Paleo foods include lean meats, seafood, vegetables, fruits, nuts, seeds, and naturally occurring healthy fats. Our hunter-gatherer ancestors survived on these foods. In the Paleolithic era, no industrialized foods or planting crops existed. Our ancestors didn't have access to grains, sugars, starches, legumes, dairy, processed foods, or oils — and autopsies show that they were better for it. They may not have had the convenience of a one-minute meal, but our ancestors had far higher levels of health and didn't suffer from the modern-day diseases we do today.

So why go Paleo? A lot of people start the Paleo diet to get a killer body. And living Paleo is a great way to move toward your ideal body, but what most people experience is even more powerful. Living Paleo literally changes their lives for the better. If you've had aches and pains, fatigue, skin issues, menstrual problems, chronic inflammation, digestive complaints, weight gain, depression, fertility problems, autoimmune struggles, diabetes, or cardiovascular disease, you're going to love living Paleo.

The hormone modulating, anti-inflammatory, nutrient-dense properties of the Paleo lifestyle help regulate all the systems and functions of the body. Your body resets at a higher functioning level, so you'll not only look better eating Paleo, but you'll also feel better. Living Paleo supports the healing and prevention of many chronic diseases. And thanks to the nutrition-packed foods of the Paleo diet, you start sporting a much stronger cellular system and with that comes healing and transformation.