The Life Cycle of Coffee: From Seed to Harvest

Explore Book Buy On Amazon
The terrain where coffee trees grow is often hilly, remote, and at a high elevation. Let's look at the life cycle and farming of coffee.

From left to right, this figure shows the stages a coffee fruit, called a cherry, goes through from seedling to a ripe cherry. Let's look more closely at how the plant grows.

The flowers appear on coffee tree branches once a year, just after the first heavy rainy season. The flowers are jasmine-scented and a striking white color. After a few days the flowers fall off the branch, leaving a single node from which the fruit, a coffee cherry, will form. 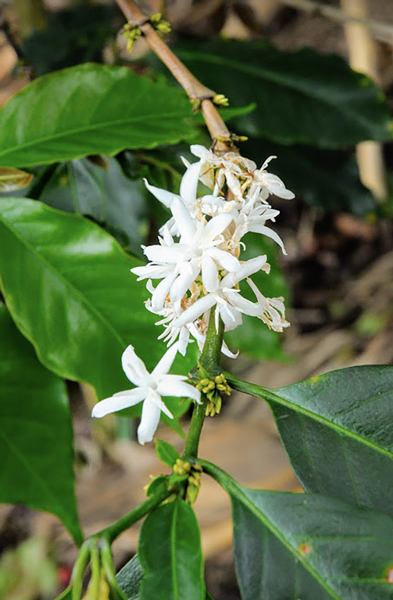 Photo by Major Cohen
A coffee tree branch with flowers.

The flowers develop into a cherry

About seven months later, the flowers develop into a fruit, a cherry.

Photo by Mauro Madrigal
From left, a coffee tree flower and the different shades of a coffee cherry until fully ripe.

Two beans are inside that cherry—except in the rare case when only one bean develops. These rare beans are called peaberries. A peaberry, which gets the name because its smaller, rounder shape looks like a pea, appears in 3 to 5 percent of all coffee. These unusual-shaped beans are often mixed in with all the other beans. You can sometimes sort through a bag of coffee you've bought and find them.

Sometimes, roasters hand-sort them in the green, unroasted stage and sell the result as peaberry coffee. But beyond the extraordinary work of hand-sorting them, there is little difference between normal and peaberry coffee once it's roasted and brewed.

A team of pickers pick the cherries

The cherries are picked, usually by teams of pickers who have been sent into particular areas on a farm with abundant ripe cherries. Coffee picking begins at the peak of ripeness, but not all fruit on a branch ripens at the same time (as the figure shows). Experienced pickers visually identify and pick the ripe cherries. Like all ripe fruit, the cherry is at its sweetest because the sugars inside are at their highest levels. The pickers leave the less ripe on the branch to be picked later. 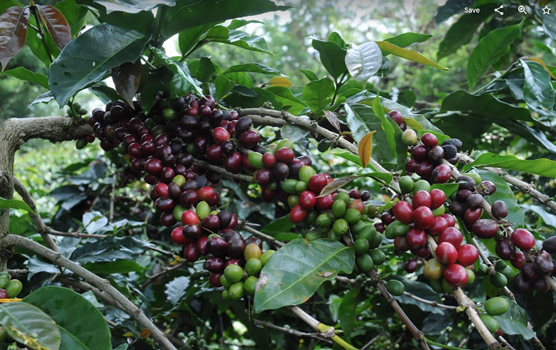 Photo by Major Cohen
The cherries on the branch ripen at different times.

As soon as the cherry is twisted from the branch, the window of vulnerability begins. That means the longer the cherry sits in a basket or a pile, generally in a warm climate, the shorter it stays fresh. After all, coffee cherry is a fruit, so the goal is to keep it as fresh as possible for as long as possible.

Add in the seasonal differences within the Coffee Belt, and you end up having coffee being picked in almost every month somewhere in the world. It also means the period when the coffee is being picked is longer than one month. This table breaks down when and where coffee is picked.

The pickers hand-sort the picked cherries

Toward the end of the day, the pickers usually hand-sort the picked cherries to prepare them to be transported to the mill and processed. 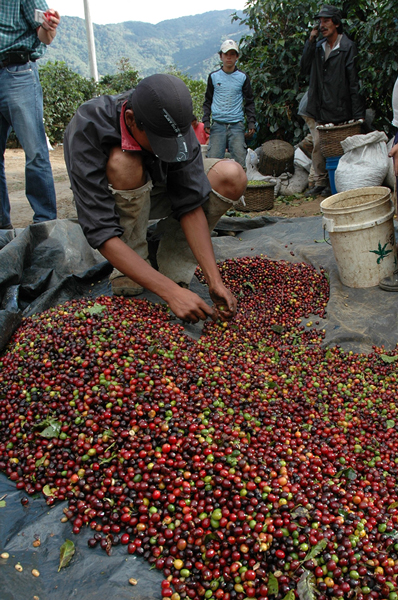 The cherries are then transported to processing. The way the cherries get to processing varies greatly; it could be by ox-drawn wagon, on a motorbike or bicycle, or on foot. 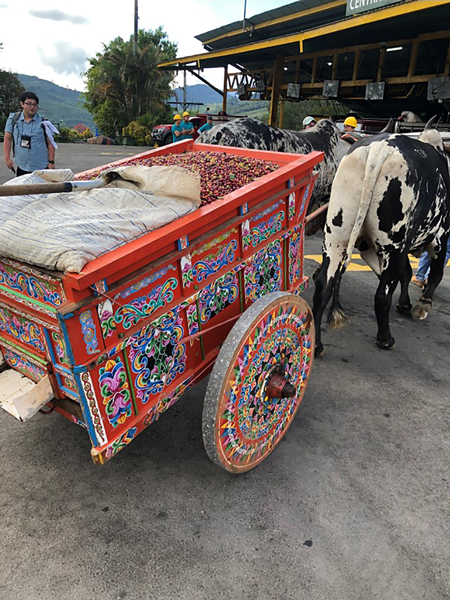 Photo by Major Cohen
An oxcart in Costa Rica takes cherries to the mill.

A mill processes the cherries

The freshly picked coffee cherries need to be processed within hours for coffee to be fresh.

Processing involves removing the outer layers of skin. Removing the layers turns the cherry, the fruit, into the bean, the foundation of a great beverage.