The ABCs (and D) of Medicare

Explore Book Buy On Amazon
Do you really need to know the details of what Parts A, B, C, and D stand for? Doesn’t Medicare just pay its share of your bills and that’s it? Well, not entirely. Medicare’s architecture is more than a tad weird, but each of its building blocks determines the coverage you get and what you pay. 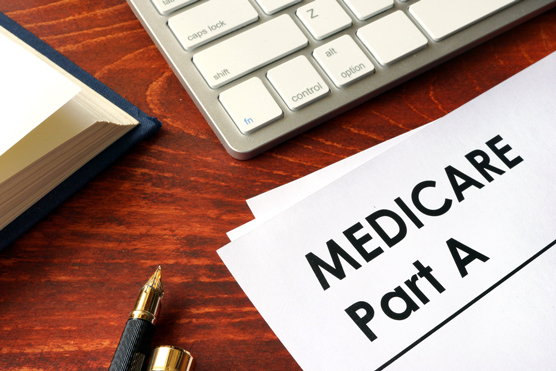 Besides that, however, is the simple fact that making sense of Medicare is difficult unless you understand what Parts A, B, C, and D actually mean.

Medicare Part A is usually described as hospital insurance — a term originally coined to distinguish it from medical insurance (Part B). But the phrase is misleading. “Hospital insurance” sounds as though Part A covers your entire bill if you’re admitted to a hospital, but it doesn’t work that way. The services you receive from doctors, surgeons, or anesthetists while you’re in the hospital are billed separately and are covered under Part B. And you don’t even have to be hospitalized to get services under Part A, because some are provided in settings outside the hospital or even in your own home.

A more accurate way to think of Part A is as coverage primarily for nursing care. It helps pay for the following:

The vast majority of people in Medicare are eligible for Part A services without paying any premiums for it. That’s because Part A is essentially paid for in advance by the Medicare payroll taxes that you or your spouse contributed from every paycheck while working.

But, of course, Part A services themselves aren’t free. You still pay deductibles and co-payments for specific services.

Many people in Medicare never need to go into the hospital, but almost everybody sees a doctor or needs diagnostic screenings and lab tests sooner or later. That’s where Part B — known as medical insurance — comes in. The wide range of services it covers includes the following:

You must pay a monthly premium to receive Part B services unless your income is low enough to qualify you for assistance from your state. Most people pay the standard Part B premium, which is determined each year by a formula set by law ($144.60 in 2020). If your income is over a certain level, however, you’re required to pay more.

You also pay a share of the cost of most Part B services. In traditional Medicare, this amount is almost always 20 percent of the Medicare-approved cost. Medicare Advantage health plans charge different amounts — usually flat dollar co-pays for each service.

The coverage provided by Part A and Part B together form what is known as traditional or original Medicare — so named because that was the extent of the program’s coverage when it began back in 1966. It’s also called fee-for-service Medicare because each provider — whether it’s a doctor, hospital, laboratory, medical equipment supplier, or whatever — is paid a fee for each service.

But these days Medicare also offers an alternative to the traditional program: a range of health plans that mainly provide managed care through health maintenance organizations (HMOs) or preferred provider organizations (PPOs). These plans are run by private insurance companies, which decide each year whether to stay in the program. Medicare pays each plan a fixed fee for everyone who joins that plan, regardless of how much or little health care a person actually uses. This health plan program is called Medicare Advantage or Medicare Part C.

Medicare Advantage plans must, by law, cover exactly the same services under Part A and Part B as traditional Medicare does. (So, if you need a knee replacement, for example, the procedure is covered — regardless of whether you’re enrolled in a Medicare Advantage plan or in the traditional program.) But the plans may also offer extra benefits that traditional Medicare doesn’t cover — such as routine vision, hearing, and dental care. Most plans include Part D prescription drug coverage as part of their benefits package.

Still, being enrolled in one of these plans is a very different experience from using the traditional Medicare program. Your out-of-pocket costs are different, and so are your choices of doctors and other providers.

Part D is insurance for outpatient prescription drugs — meaning medications you take yourself instead of having them administered in a hospital or doctor’s office. Medicare’s drug benefit was only added to the program in 2006, a full 40 years after Medicare began. Since then, it has saved huge amounts of money for millions of people and allowed many to get the meds they need for the first time.

Part D is a complicated benefit that takes a lot of getting used to. Here are just some of the peculiar ways it differs from other drug coverage you may have used in the past:

If this all sounds mystifying, you’re probably wondering how on earth anyone can possibly navigate Part D to find good drug coverage. But yes, it’s possible!