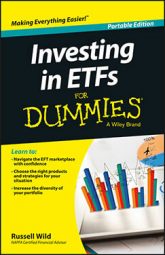 Increasingly, individuals and institutions are investing using some kind of moral compass. The investments are screened not only for potential profitability but for social, environmental, and even biblical factors as well. Some screens, for example, attempt to eliminate all companies that profit from tobacco or weapons of mass destruction. Others try to block out the worst-polluting companies, or companies that use child labor in countries that have no effective child labor laws.

The total amount of money invested in socially screened portfolios (which include more than 100 mutual funds, certain state and city pension funds, union and church monies, some university endowments, and, as of recently, two dozen or so ETFs) has grown from about $1 trillion in 1997 to an estimated $4 trillion or so today.

Many of the funds that call themselves socially responsible (otherwise known as SRI funds – the I stands for "investment") not only invest with a purpose but also use their financial muscle to lobby companies to become better world citizens. The movement's greatest victory to date may have been the role it played in ending apartheid in South Africa. SRI seems to have had some impact on corporate America as well, most notably by pushing certain auto, oil, and utility companies to research ways to reduce emissions of greenhouse gasses.

Other victories include a nationwide ban on mercury thermometers and commitments from various corporations to start recycling programs, reduce toxic waste emissions, and end discrimination against employees based on their sexual orientation.

Tracking the history of SRI performance

What about the specific performance of the socially responsible ETFs? To be blunt, they haven't been around long enough for their collective performance record to count for much. And, of course, performance is only one factor I look at when deciding whether to recommend an ETF.

Your growing number of choices for social investing

The growing number of ETFs designed to appeal to your conscience spans the spectrum from U.S. to foreign to global (foreign and U.S. combined). There are ETFs that emphasize environmental awareness, social responsibility, clean energy, and more. Here are just a handful of examples:

If you want to invest for a better world and a better portfolio, do additional research. One person's idea of socially responsible may be very different from another's. What works for one portfolio may not work for another. There's a ton of information on the website of the Forum for Sustainable and Responsible Investment.

If you decide to invest in an SRI fund, review a fund's statement of values before investing. Otherwise, you could end up investing at cross purposes with your own values.