What to Do with Your Day Trading Profits 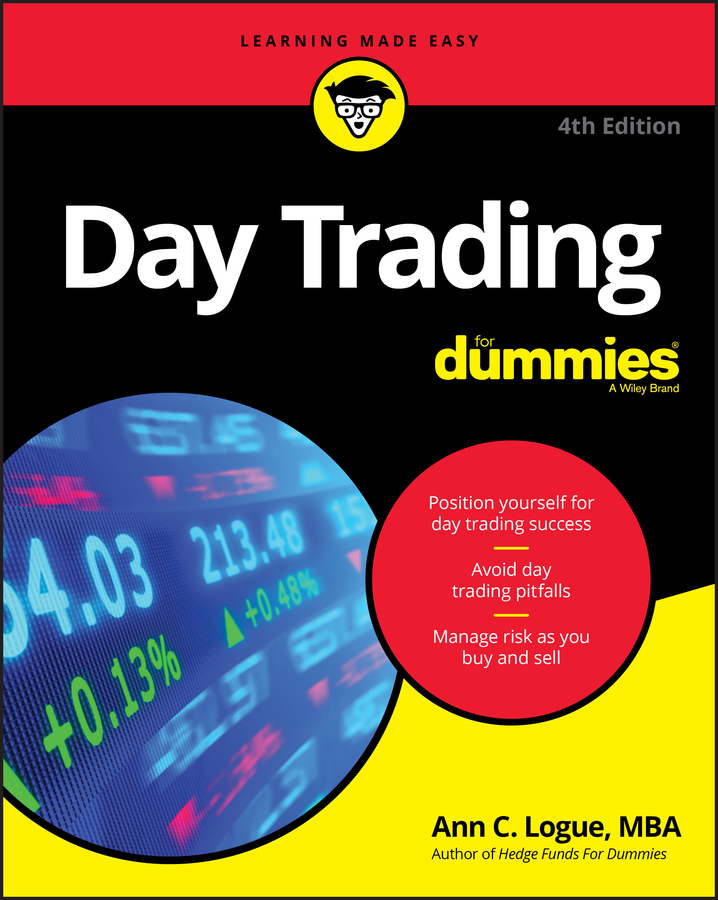 Day traders not only need to determine how much to trade with each order, but they also need a plan for what to do with the profits that accumulate. That’s as much a part of money management as calculating probability of ruin and determining trade size.

As a profitable day trader, are you going to add the money to your account and trade it as before? Leverage your profits by trading them more aggressively than your core account? Pull money out and put it into long-term investments? Or a combination of the three?

In order to benefit from that compounding, many traders add their profits back into their accounts and keep trading them, in order to build account size. Although day traders earn little to no interest, the basic principle holds: By returning profits to the trading account to generate even more profits, the account should grow over time.

This practice of keeping profits in the account to trade makes a lot of sense for smaller traders who want to build their accounts and take more significant positions over time.

Pyramiding involves taking trading profits and borrowing heavily against them to generate even more profits. Day traders usually do this during the day, using unrealized profits in trades that are not yet closed as collateral for loans used to establish new positions. If the new positions are profitable, the trader can keep borrowing until it’s time to close everything at the end of the day. This works great as long as the markets are moving in the right direction. But if one of those positions turns against you, the structure collapses and you end up with a call on your margin.

The following figure shows an initial trade of $2,000 and assumes a return of 10% on each transaction (not realistic, but it makes for a nice chart). If the profits from each trade are used as collateral for borrowing, and if that 10% return holds all day, then the trader can make 17% by pyramiding those gains. If a reversal hits before the end of the trading session and the positions lose 10%, then pyramiding magnifies the losses — assuming your broker would let you keep borrowing. After all, the borrowed money has to be repaid regardless of what happens in the market. 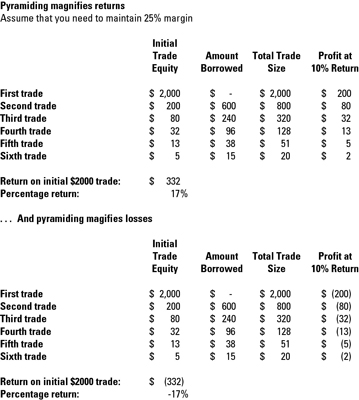 Pyramiding increases your trading risk, but also your expected return. It’s a good technique for a medium-sized account that would have enough money left over to stay in the market if a pyramid were to collapse.

Because day trading can be so risky, many traders look to diversify their total financial risk. One way to do this is to pull money out of the trading account to put into a less volatile, long-term investment. Many traders routinely pull out a percentage of their profits and put that money into government bonds, a low-risk mutual fund, or real estate. That can greatly reduce the stress and the fear that go with trading.

The larger the account, the easier it is to pull money out, but even smaller traders should consider taking 5 or 10 percent of each quarter’s profits and moving them into another type of investment. Many brokerage firms can set up automatic withdrawal plans that zap money from your trading account to a stock or bond mutual fund, if you don’t trust yourself to do it.