How to Combine Candlesticks with Other Market Indicators 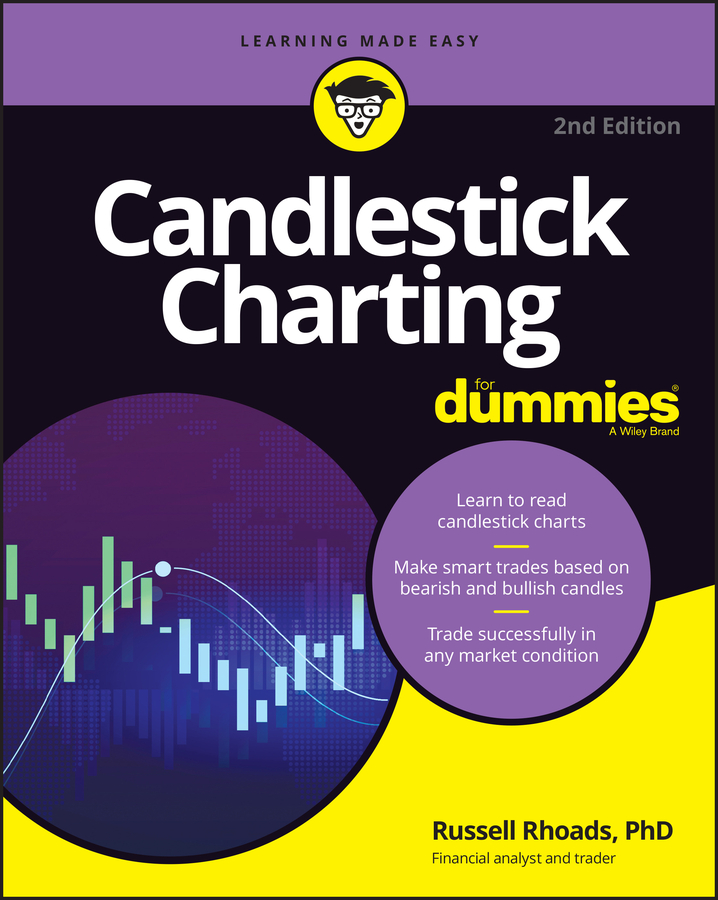 You can combine candlestick price bars with other market indicators to better understand how the security is being traded. Many traders who don’t act directly on the information contained in the candlestick patterns still use the notation on every chart because of its visual appeal and because a candlestick bar or pattern often confirms some other indicator to which they give priority.

This figure shows a set of parallel support and resistance lines called a channel. You use a channel to outline the probable limit of future prices moves, either up or down. 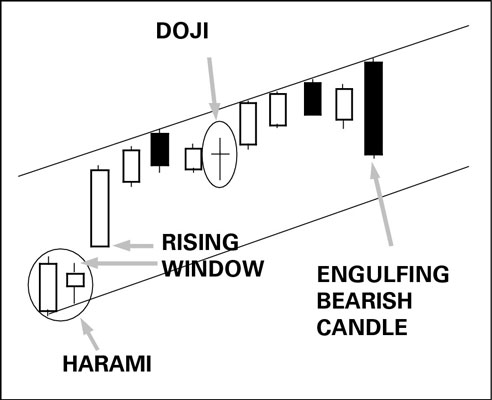 These three candlesticks together are bullish and alert you to go back and start the channel at the lowest low, the bar before the harami.

Here’s a breakdown of the formation:

You can also use candlesticks to confirm relative strength, momentum, and many other indicators. Some traders use specific candlesticks to identify set-ups, or a pattern configuration that is believed to have a high probability of delivering a specific outcome. For example:

This scenario is a high-probability trade set-up, which means to get out the big guns because you want to buy!