By: Sherwood Neiss and Jason W. Best and Zak Cassady-Dorion and
Updated: 03-26-2016
From The Book: Crowdfund Investing For Dummies

What exactly is private money? It’s money that comes from companies or very wealthy individuals — people called accredited investors by the SEC — who, just like regular investors, want to maximize the returns of their investment portfolios. 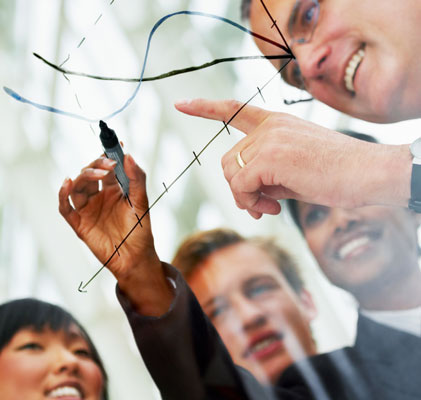 The concept of an accredited investor came into being with the creation of the SEC in the early 1930s. The idea was that, as the 1929 stock market crash illustrated, marketing stock investments to the public at large could be dangerous for the entire economy, and only certain investors should have the greatest freedoms to risk their money on certain types of investments.

To be qualified as an accredited investor today, you must have a liquid net worth of at least $1 million (excluding the value of your home), or you must have earned more than $200,000 for each of the last two calendar years ($300,000 if you’re married). The SEC deems that investors with this much capital can fully and freely make investment decisions in both public and private companies.

Private money organizations aggregate capital from a mix of accredited investors (including companies and financial institutions) for the purpose of making investments primarily in private companies or nonpublic offerings.

The goal of these organizations is to pool large amounts of investment capital and employ investment experts who can find and invest in great deals that will deliver higher rates of return than more traditional investments in public companies. (Of course, these deals also carry a lot of risk.)

There are three types of private money investors, which differ based on the size of the investment made and when during the company’s lifecycle the investment is made. At each stage, these private investment firms provide not only capital, but also advice, connections, merger/acquisition targets, and external accountability and expertise to help companies succeed.

The goal of these private money organizations is to create an exit for themselves (as well as the entrepreneur) that will deliver at least a tenfold (or 10x) multiple on invested capital.

Here’s a brief overview of the three types of private money entities:

Obviously, getting your hands on private investor money could be a life changer when you’re starting or growing your business. But the vast majority of businesses never touch the money supplied by accredited investors. And prior to the JOBS Act, unaccredited investors (people whose liquid net worth or annual income doesn’t meet the accredited investor thresholds) were severely restricted from directly investing in many private businesses.

The JOBS Act opened up private company investment, in limited and regulated ways, to everyone. This significant regulatory change occurred in part because lots of people today (as opposed to in the 1930s, when so many of our financial regulations were crafted) have some level of investment savvy thanks to their retirement plans, which are invested in stocks, bonds, and mutual funds.

Sherwood Neiss, Jason W. Best, and Zak Cassady-Dorion are the founders of Startup Exemption (developers of the crowdfund investing framework used in the 2012 JOBS Act). They deeply understand the process, rules, disclosures, and risks of capital formation from both the entrepreneur's and the investor's points of view.