How to Use Multiple Input Production Functions in Managerial Economics

Consider the production function q = f(L,K), which indicates the quantity of output produced is a function of the quantities of labor, L, and capital, K, employed. The specific form of this function may be the following Cobb-Douglas function

The curve labeled q1 represents all combinations of capital and labor that produce 3,200 units of output. 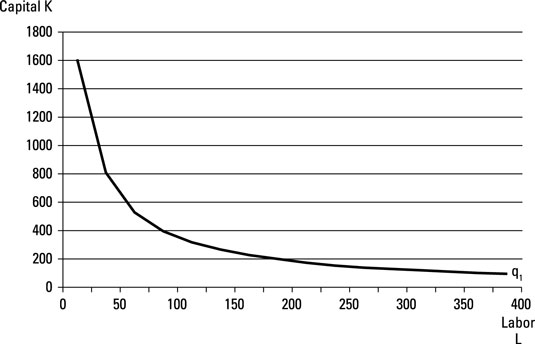 Every input combination on the production isoquant produces the same level of output — output is constant. Capital can change by more or less than one unit. What is critical is that total product remains constant as you increase labor and decrease capital.

An important factor in your production decision is how much the inputs cost. If an additional worker (unit of labor) costs less than an additional unit of capital, but the worker produces the same quantity of output as the capital, it’s a good deal to hire the additional worker. So, you need to add cost to your decision-making process.

Assume your total cost is $4,000 a day, and labor costs $20 per hour, and capital costs $5 per machine-hour. Given this information, your isocost curve equation is 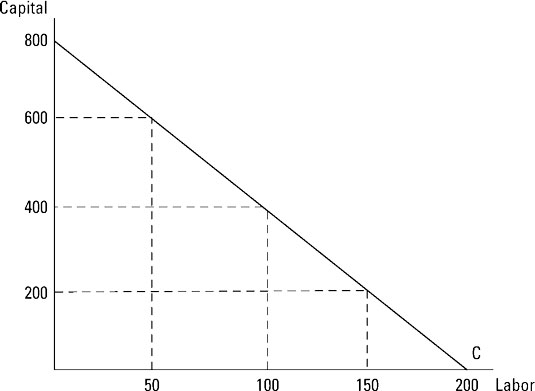 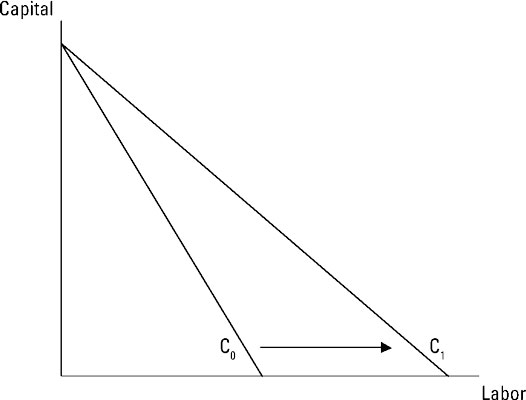 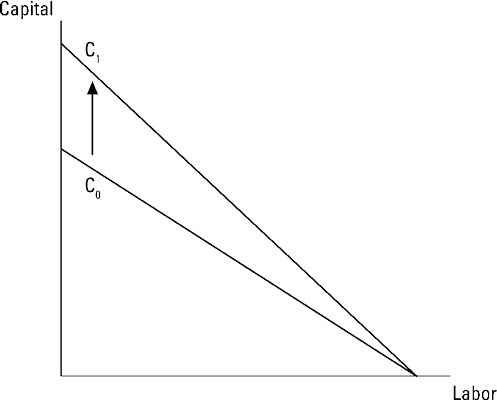 How to minimize costs

In order to maximize profits, you must produce your output at the lowest possible cost.

The costs of producing a given quantity of output are minimized at the point where the production isoquant is just tangent — or, in other words, just touching — the isocost curve. This point is illustrated as point A. The cost-minimizing combination of labor and capital are the quantities L0 and K0. 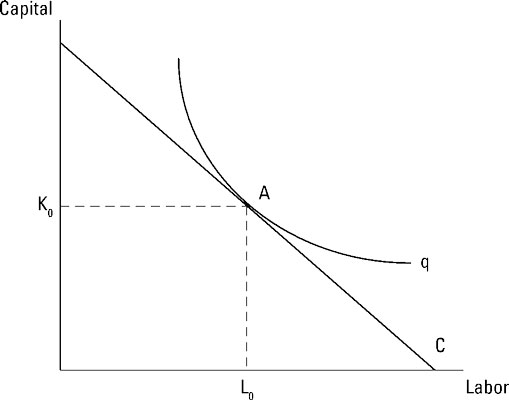 Now comes the easy part. At the point where you minimize costs, the production isoquant and isocost curve are tangent. This means the slopes of these two curves are equal. Therefore

Or, if you rearrange that equation

Thus, you minimize costs when the marginal product per dollar spent on each input is equal for all inputs. And this holds true no matter how many inputs you use!

Economists call the preceding concept the least cost criterion, and it’s an application of the equimarginal principle. To produce goods with the lowest possible production cost, you equate the marginal product per dollar spent.