How to Determine Average Costs in Managerial Economics

As a manager you frequently want to know the cost per unit associated with producing a good, because you can use this information to establish your product’s price and determine your profit per unit. If you want to know cost per unit, average cost is what you need to know.

where q is the quantity of output produced.

Average fixed cost (AFC) is fixed cost per unit of output and is determined by dividing total fixed cost by the quantity of output. In the total cost equation 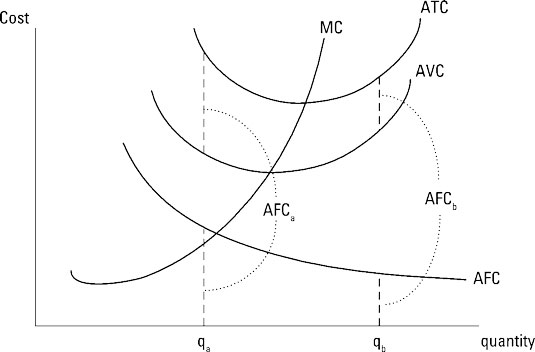