Recognizing the Signs of True Love 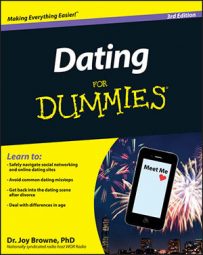 Explore Book Buy On Amazon
Love. Amour. Amore. In popular fiction, the signs of true love tend toward the melodramatic: heart palpitations, loss of sleep, loss of appetite, blowing curtains, fireworks. If you feel these things, however, you're not so much in love as in lust. So lust aside, here's a sampling of the undeniable signs of true love — and good (emotional) health. 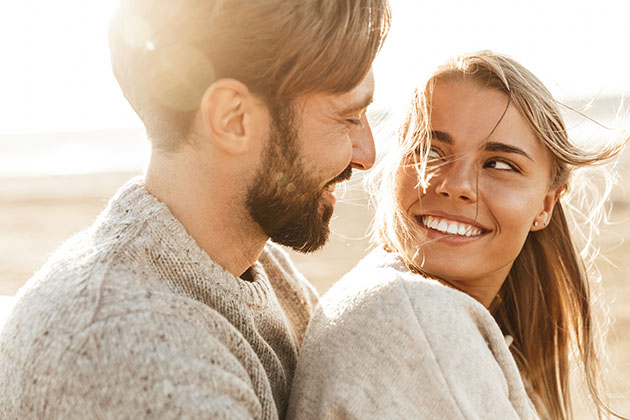 You're willing to explain why you don't want to date others

A surprisingly large number of people are surreptitiously monogamous, feeling that their willingness to forgo all others gives power to the partner. But when you're willing to admit that you're willing to share the power and admit your vulnerability (I really like you and hope you like me as much), not only are you in love, but you sound like a rational, fairly adult soul in the bargain.

You're willing to ditch the dating app

When you're ready to delete your Match.com profile or the dating app from your phone, you're essentially saying that no one else could hold a candle to your beloved. Getting rid of your online dating profile also says that you're unwilling to revisit past loves and that, in this relationship, there is no going back; you can only go forward.

No fair deleting the dating profile but keeping people's contact information on your trusty laptop. A commitment is a commitment, and this is as much about self as other. If you pretend to forget the others but keep their names, then you're also pretending that you're committed.

You're willing to go somewhere you hate

The willingness to go someplace you actually hate with someone you actually love — and not be a pain in the neck about it — is one of the hallmarks of love.

When you first start to date, you're tempted to do whatever it takes to get the date off the ground because you're blinded by the possibilities. During the next phase of dating, you stand up for yourself and don't do the activity you hate.

This is a necessary evolution because if there is to be true love, it has to be based on who you are, not who you think your beginning-to-be significant other will like. But once you actually get to love, your need to constantly assert yourself is softened by your beloved's influence and the sense that you can give because your love will reciprocate your generosity.

You don't need to keep track on a day-to-day basis to make sure everything is 50-50. But the sense that there is fairness and equality and appreciation and respect means that your reluctance to do something you're not crazy about gets overwhelmed by your desire to do something with the person you love. In other words, the person becomes more important than the event.

The point isn't really about money at all, but a willingness to examine fundamental beliefs as a direct result of valuing another person and their perspective and opinion. (Yeah, the same phenomenon can happen with friends, but because friends generally tolerate and celebrate differences, there's less motive or incentive for change.)

Any good relationship changes us. If being around your beloved makes you examine or change some fundamental part of yourself, it may not be love in and of itself, but it does indicate respect, a willingness to learn from another, and a relationship in which you feel safe enough to try something foreign and scary.

Forget about flattery or hypocrisy. Rather, you have the courage, strength, and energy to examine and experiment with a fundamental belief system, be it religion, politics, gun control, abortion, Chinese food, travel, having children, gardening, money, or any other position you used to consider inviolate.

("Money?" you say. Yep. It's hard to think of any one commodity that is more basic than money. If you think money is just green stuff that just sits there, you're wrong; it can represent power, lifestyle, control, options, freedom, interaction, and a whole lot more.)

The idea of doing nothing together sounds terrific

In the early stages of dating, there is a hunger to discover who the other person is, but this time also feels scary because he or she may not be what you thought or — even worse — you may not be what they're looking for.

Even though the stakes aren't very high at the beginning, you might feel that they are, so you play at dating, and one of the easiest ways to play is to do something at all times — either publicly or privately. The dating ritual is about finding places to go and things to do.

Once a couple is sexual, the thing to do is sexual, and everything else seems just a holding action until the couple can hit the sheets. Then when the initial flurry of sexual activity is over, there is a tendency to want to show each other off because you're feeling connected and proud.

When the idea of doing nothing together is the coolest thing either of you can come up with, you're very likely in love, because you've gone through the other stages of terror, sex, and showing off.

Now, the relationship is just about the two of you, not to the exclusion of everyone or anything else. In fact, your "normal" life has expanded to include each other, but the idea of simply being together is the most wonderful thing either of you can figure out to do — even out of bed.

You're willing to risk being yourself

Being yourself is really the ultimate sign. Everything else on the how-you-know-you're-in-love list hints at being yourself, but when you truly love someone, you want them to know who you are and love you for all that you are, not just for who you pretend to be. When you're in a truly loving relationship, you can be honest and direct and take chances.

The tricky part of being in love is that it can encourage you to be yourself, but it ups the ante that you might make the person you love change their mind and leave if you show the real you. You want your beloved to be happy now and forever, and the only way to do that is to be who you really are.

It's almost impossible to sustain an illusion over time, and because you are now truly in love, you wouldn't want to hurt your beloved by living a lie. But you also need to be a bit careful of what you confess. Remember that between honesty and duplicity is silence. If you're old enough to be in love, you're old enough to understand the occasional use of silence.

Dr. Joy Browne, PhD, is not only a dating guru, but also a licensed clinical psychologist who is the award-winning host of her own nationally and internationally syndicated radio talk show.