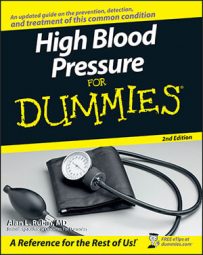 Caffeine is a chemical compound in the leaves, seeds, and fruits of more than 63 plant species, but it most commonly comes from coffee and cocoa beans, cola nuts, and tea leaves. But coffee isn't the only source of caffeine — a can of cola contains 45 mg, green tea has 30 mg, an ounce of chocolate has 20 mg, and even Anacin comes in at 65 mg for two tablets.

Although the case against caffeine isn't nearly as tidy as the ones against tobacco and alcohol, caffeine in any form has been shown to temporarily raise blood pressure. A cup or two of coffee doesn't seem to be damaging over the long-term, but the tendency to drink multiple cups of high-octane (heavily caffeinated) coffee is a definite cause of persistently elevated blood pressure.

People who drink four to five cups of coffee daily have an increase in blood pressure of 5 mm Hg. If they continue to drink that same amount, the blood pressure may fall if they don't have high blood pressure already. However, if they do have high pressure, they may be more sensitive to the blood-pressure-raising effect of caffeine; this blood pressure rise is then sustained. The effect is particularly true of the elderly population.

A 5 mm Hg rise in blood pressure may sound trivial, but it results in a 21 percent rise in the incidence of heart disease and a 34 percent increase in the incidence of brain attacks. In addition, when taken with alcohol or tobacco, which is so often the case, the combination greatly increases the blood-pressure-raising effect of those drugs.

Studies about the effect of caffeine on blood pressure continue to come in. In the November 2005 Journal of the American Medical Association, a study of more than 250,000 women found that those who drank the most caffeine-containing drinks (including coffee and sodas) tended to have the highest blood pressures.

Alan L. Rubin, MD, is a physician in private practice and the author of the bestselling Diabetes For Dummies, Diabetes Cookbook For Dummies, and Thyroid For Dummies.