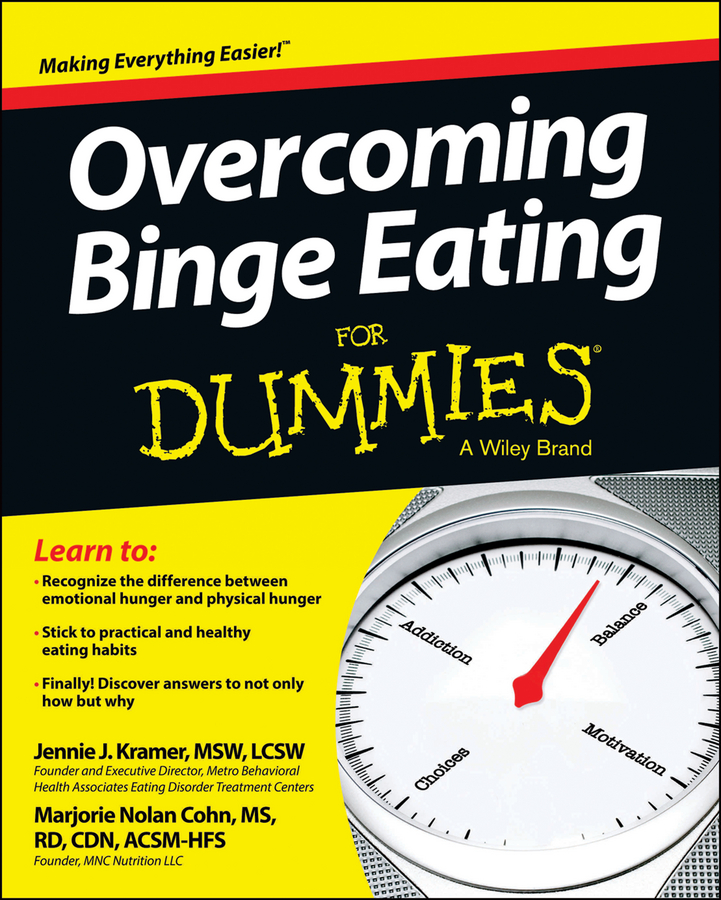 Many myths persist about the circumstances and factors that contribute to binge eating and what it means to be a binge eater (or an emotional eater). Only time, continued research, and greater acceptance from the general population and the medical community will help dispel some of the myths identified below with binge eating.

All binge eaters are obese

This is perhaps the greatest myth about binge eaters. Weight is not a measure of binge eating disorder. Binge eating, emotional eating, and compulsive overeating don’t always result in obesity. Whether or not someone struggling with certain aspects of binge eating is obese, he may still fight other symptoms of the disorder including depression, guilt, and other negative emotions.

Binge eaters have no willpower

Willpower has nothing to do with overcoming binge eating disorder. If only it were that easy! If you’re on a dieting-bingeing-weight fluctuation cycle, it’s very difficult to break this pattern on your own. You have likely come to depend on overeating as a way to self-soothe and to get you through the day (or night), and although this may have worked for a long while, you now find that it causes more problems than it solves. In order to make changes to improve your physical and psychological health, you need tools, techniques, and support to break old habits and establish newer, healthier ones.

Binge eating is not a real eating disorder

The last thing a binge eater should do is go on a diet. The dieting-bingeing-gaining-weight cycle is one of the hallmarks of binge eating disorder and a symptom of the all-or-nothing thinking that gets binge eaters in trouble. While seeing a dietitian and following a healthful, structured eating plan can be helpful for some binge eaters, going on a diet specifically designed for weight loss is generally not recommended.

Even if you lose weight after bariatric surgery, weight-loss surgery doesn’t address the reasons why you binge. Often times, whatever reasons drove you to binge in the first place remain unaddressed and often creep back up once your body adjusts to the procedure.

In fact, according to the American Society for Bariatric Surgery, the average person who has bariatric surgery loses 40 to 70 percent of excess weight after one to four years but does not reach her ideal body weight. What may be more disappointing is that up to 70 percent of those who have the surgery, especially laparoscopic banding and similar procedures, often regain some or all of the lost weight in just a few years following surgery. These statistics suggest that you should carefully balance the medical indications for surgery against the risks, costs, and discomforts of the procedure and recovery.

Unlike other eating disorders that affect mostly (but not only) women, binge eating disorder affects almost as many men as it does women. About 40 percent of binge eaters and compulsive overeaters are men, and the numbers may be on the rise. Though men typically begin bingeing later in life than women, there are more similarities than differences between men and women who binge. If you’re a man who binges, effective, specialized treatment is available to you as well to help you understand and control the urge to binge or overeat.

Bingeing and overeating have nothing to do with physical hunger. You may want to read that sentence again. In fact, all forms of disordered eating have little to do with eating or food; food is just the weapon of choice, so to speak. For a chronic binge eater, eating beyond physical hunger or satiety has become a way to self-soothe in moments of stress, sadness, depression, loneliness, anger, and other negative emotions. Effective treatment for binge eating aims to get to the bottom of why you binge eat, promote alternate coping skills, and help you learn how to tell the difference between physical and emotional hunger. They are quite different.

Only adults are binge eaters

Even though children are not often diagnosed with binge eating disorder, rising childhood obesity rates across the United States and the industrialized world suggest that young people are at risk for developing binge eating disorder or other types of disordered eating as they get older. Children become overweight and obese for a complex set of reasons and circumstances. However, one of the most important things to note about children and disordered eating is that it’s not possible to treat children without treating the entire family.

Medical doctors are the go-to experts for binge eating

Although your medical doctor is likely an excellent resource for medical problems that arise as the result of binge eating and may well be your first stop clinically, your doctor is unlikely to have the time or expertise to coordinate the many aspects of your treatment for binge eating. To get better and healthier, it’s just as important to consult with a psychotherapist or psychiatrist and a dietitian who also specialize in treating disordered eating. Working with professionals who have expertise and insight into binge eating disorder helps ease behaviors and symptoms and also ensures that you get accustomed to recognizing the feelings and emotions that drive the compulsion to overeat.

After you’re diagnosed with binge eating disorder, you’ll always have it

It’s important to remember that binge eating disorder is not a life sentence. As with any psychological condition, with the right treatment and support, you can find ways to manage and overcome this disorder. Sustained recovery may take a while — and will probably require your attention to varying-but-lesser degrees for most of your life. The difference is that it need not be a lifelong burden. It could become nothing more than a daily set of choices you make for yourself.