The Role of Glucose in Your Metabolism 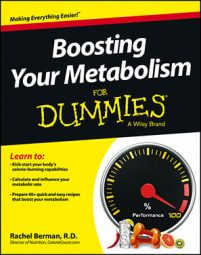 Insulin, a hormone produced by the beta cells of your pancreas, regulates carbohydrate and fat metabolism. Insulin is one of four main need-to-know hormones that plays a major role in your metabolism.

When your metabolism is working at its peak, your body has feedback mechanisms to regulate the amount of insulin your body makes so there’s neither too much nor too little. That way, you’re using glucose appropriately for energy and not storing too much fat.

If you have diabetes, your body either doesn’t make enough (or any!) insulin or your body doesn’t respond well to it, which is known as insulin resistance. But if your cells aren’t as receptive to insulin, there are ways to help reverse that. By seeking out medical care, making changes to your diet and activity levels, and achieving a healthy weight, you can regulate your blood glucose.