Explore Book Buy On Amazon
Compliance — it’s such a serious word, and for good reason. When people in the healthcare industry speak about compliance by healthcare providers, they mean that an office or individual has set up a program to run the practice according to the laws established by federal or state governments and regulations established by the Department of Health & Human Services (HHS) or other designated agencies. The regulations are designed to prevent fraud and abuse by healthcare providers, and as a medical biller or coder, you must familiarize yourself with the basics of compliance. 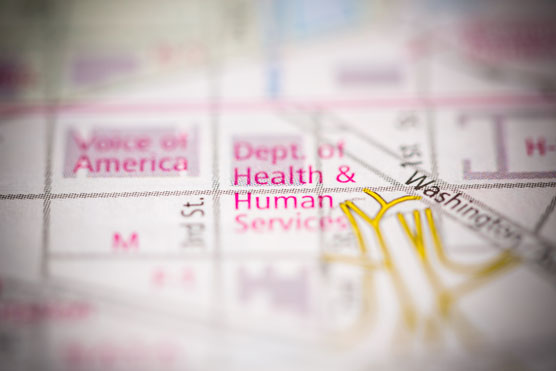 The rule-making game has several players, and most of them are somehow related to good ol’ Uncle Sam. The Department of Health & Human Services (HHS) is the primary U.S. government agency responsible for regulating the American healthcare industry. Medicare and Medicaid, part of the Centers for Medicare & Medicaid Services (CMS), are two of this agency’s programs, and together they provide healthcare insurance for millions of Americans. This department’s programs serve the United States’ most vulnerable citizens.

The OIG protects the operations of the HHS. This oversight also extends to programs under other HHS institutions, including the Centers for Disease Control and Prevention (CDC), National Institutes of Health (NIH), and the Food and Drug Administration (FDA).

The American Medical Association (AMA), which develops, maintains, and owns the copyright to the Current Procedural Terminology (CPT) codes, determines what the codes represent. CMS works with the AMA to determine code changes (“edits”) and which codes are incidental to others.

As mentioned previously, the Centers for Medicare & Medicaid Services (CMS) is the home of two government healthcare programs: Medicare and Medicaid.

Originally, Medicare was intended to provide healthcare to the elderly at the age of 65. In the years that followed, the need for access to healthcare for others, including children, the disabled, and those with certain chronic illnesses, became apparent. Today, Medicare also includes those with physical or mental disabilities and those awaiting organ transplants, as well as prescription drug coverage.

Because these programs serve so many Americans and use taxpayer dollars to do so, the government has established rules governing what services are covered, the acceptable level of compensation for the service providers, and how claims should be processed.

Medicare policies regarding medical necessity, frequency of procedures, and other payment rules are often used as guidelines for commercial payers as well. For complete information about the policies for Medicare claims processing, check out the Internet-only manuals on the CMS website.

Medicare policy rules change pretty frequently, and they affect payment for certain procedures. Take a procedure as simple as a lesion excision (removing a cyst or skin growth), for example. Medicare pays for this procedure only under a specific set of rules (the diagnosis must support medical necessity). If the rules regarding this procedure change, and if these changes affect your employer, it may be your job as a coder to keep the physician or staff informed.

The Office of Inspector General (OIG)

The Office of Inspector General (OIG) was established in 1976 to oversee programs administered through HHS. Much of the OIG’s efforts focus on identifying waste, fraud, and abuse in Medicare, Medicaid, and other federal programs like Indian Health Services.

The OIG conducts audits and tracks how government funds are spent. The findings of these investigations are often the foundation for Medicare or Medicaid policy changes and procedural code changes initiated by CMS or the AMA. The OIG publishes the results of its investigation on its website.

If action is necessary to enforce compliance with laws and regulations, the Department of Justice or the FBI are called upon to execute.

Even though most of these government organizations are sole entities, they typically rely on each other in one way or another. For example, because developments in medical technology and treatment options are usually far ahead of legislation, Medicare often discovers through an OIG investigation that taxpayer funds are not being used efficiently.

When you hear the term individual payers, you may assume it refers to individuals, but it doesn’t. Individual payers are actually the insurance companies that provide group and individual coverage plans to patients. Each payer has its own policies and procedures, which are published and available for both patients and providers to review. The payer may be a plan administrator that is part of a pricing network or may serve as administrator for sponsored plans.

More often than not, CMS sets the bar when it comes to payer rules. As I mention earlier, Medicare follows a strict set of claims-processing policies that include correct coding edits, mutually exclusive procedures edits, modifier requirements, unit requirements, and numerous other specifications. In addition, Medicare requires that claims be submitted within 12 months of the date the services took place. Individual payers may follow the Medicare rules for payment, but they don’t have to follow them. In fact, many often have their own policies.

Individual payers employ their own processing policies, including which edits they follow, which modifiers they recognize, and other payer-specific rules. As the coder and biller, you must be knowledgeable about each payer’s policies when you prepare a claim for submission. If you don’t follow the payer’s policies, the claim may pay incorrectly or not at all.

In addition, most commercial payers have much shorter timely filing requirements than Medicare’s 1-year limit, usually 90 days — which isn’t a long time when crucial documentation is missing!

Also, you need to be mindful as to the type of private insurance the patient carries. Is it a fully insured plan? An ASO (administrative services only)? A Medicare replacement plan? Or maybe a Medicaid plan? Payment rules and policies vary within payers depending upon which type of coverage the patient carries.

Karen Smiley, CPC, is a certified, multi-specialty coding expert in physician and outpatient reimbursement. With an extensive background as a coder, auditor, accounts receivable manager, and practice administrator, she has also served as an independent consultant to physician practices and as an assistant coding instructor.