Body Systems to Know for the Medical Billing & Coding Certification 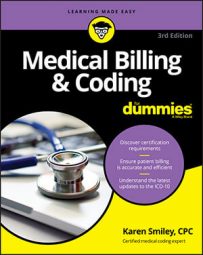 Explore Book Buy On Amazon
The majority of medical billing and coding training programs begin with basic human anatomy and physiology, more commonly referred to as body systems. You need to understand how each organ within a particular body system works, how disease or illness affects the system, and why the treatment was necessary.

Most textbooks contain diagrams specific to each body system. These diagrams show the organs within each system and describe the function of each organ as it relates to the individual system. In addition, you’ll see illustrations showing cells, tissues, and several different types of disease processes. As you read the text, closely study the illustrations. Doing so not only clarifies the general concepts, but it also reinforces the information. The human body has ten systems, each of which is made up of specialized organs that must work together for the human body to function properly and efficiently. When one system is affected by illness, all the other systems are affected in some way.

A solid foundation in human anatomy and physiology is a huge asset when taking the certification examination. In fact, it’s a prerequisite for most American Health Information Management Association (AHIMA)–accredited programs and is suggested (but not required) for AAPC (American Academy of Professional Coders) programs. But knowing human anatomy and physiology is important for more than just passing the test. Without a thorough understanding in anatomy, you’ll have a difficult time locating the correct procedural codes. After all, you need to know which part of the body is being treated so you can apply the proper codes.

The circulatory system transports nutrients and gasses to all cells of the body. There are two parts of this system: 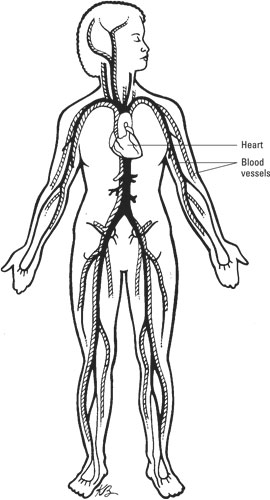 The cardiovascular system, the heart of the circulatory system. 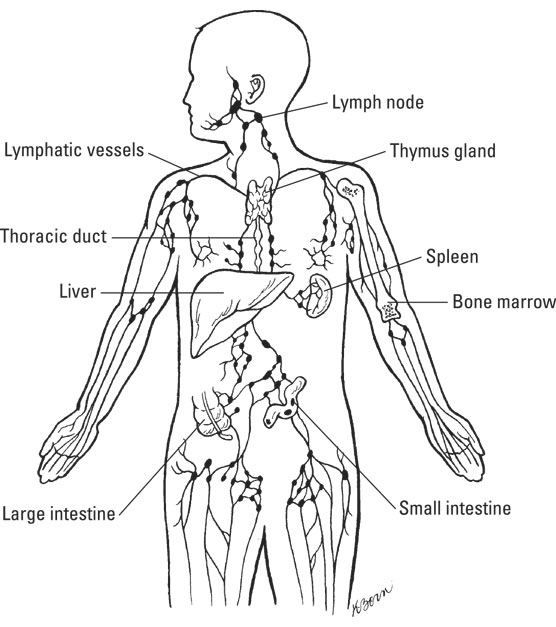 The lymphatic system, another part of the circulatory system.

The digestive system, shown in the following figure, converts food into nutrients that the body can use (or metabolize). The primary organs of this system are the mouth, stomach, intestines (small and large), and the rectum. The system’s accessory organs (organs that assist the system in performing its function) are the teeth, tongue, liver, and pancreas. 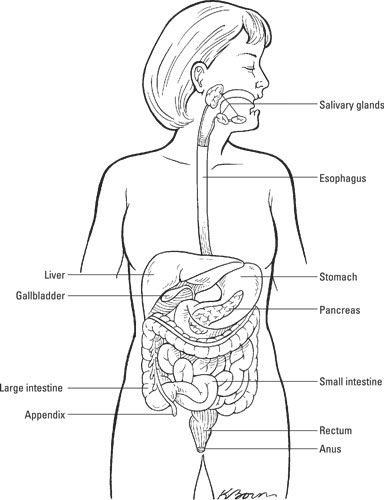 The endocrine system maintains growth and homeostasis (a fancy way of saying the body’s “status quo”). It is made up of the pituitary gland, pineal gland (the gland that secretes melatonin, the hormone that regulates the sleep-wake cycle), thyroid gland, hypothalamus, adrenal glands, and ovaries in the female and testes in the male, as well as some other parts. The following figure shows the endocrine system. 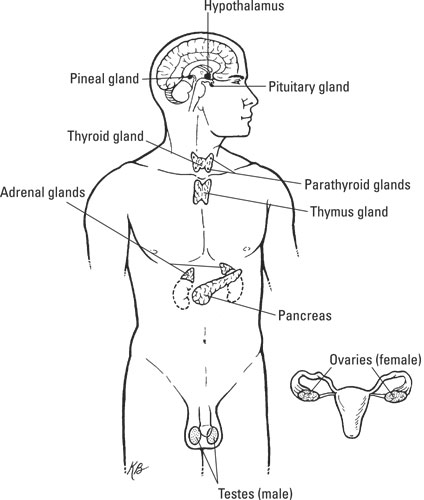 The integumentary system protects the internal organs from damage, protects the body from dehydration, and stores fat. It is made of skin, hair, nails, and sweat glands.

The skeletal system protects the body and gives it its shape and form. It’s made up of bones, joints, ligaments (fibers that connect bones to other bones), tendons (fibers that connect muscles to bones), and cartilage. The muscular system is made up of — you guessed it — muscles, tendons, ligaments, and cartilage. It enables the body to move. The muscular system has three kinds of muscles:

The nervous system monitors the internal (body temperature, pulse rate, and so on) and external (sights, sounds, and smells) environment and sends messages to the individual organs or systems to respond accordingly. It is made up of the brain, spinal cord, and nerves. Messages travel from the brain down the spinal cord to nerve receptors throughout the body.

The respiratory system provides oxygen to all cells of the body by performing gas exchanges between air and blood gases. It is made up of the nose, trachea, lungs, and bronchi (the main passages of the trachea that leads to the lungs), as well as other parts. 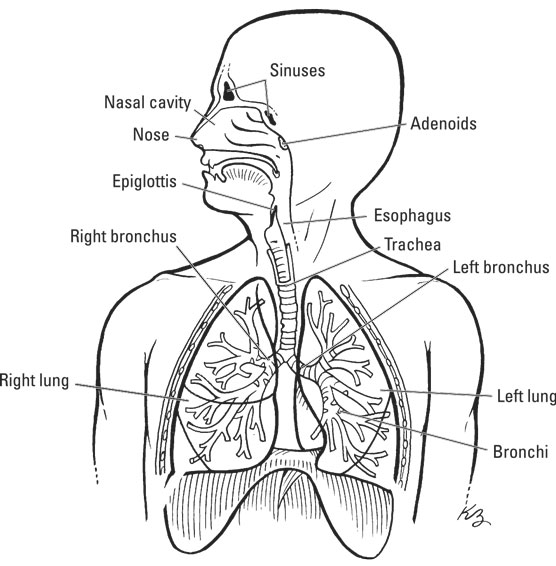 The urinary/excretory system, shown in Figure 9-6, removes wastes and maintains water balance in the body. It is made up of the kidneys, urinary bladder, urethra (the passage from the bladder that transports urine outside of the body), and ureters (the passages from the kidneys to the bladder). 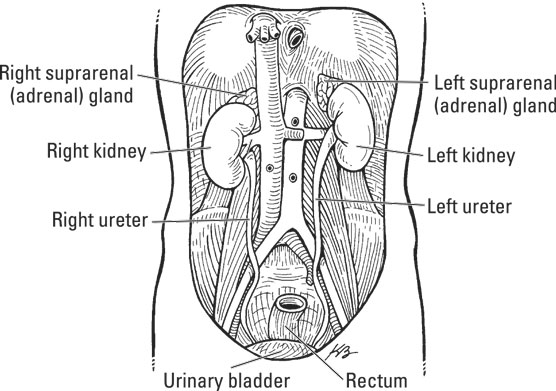 Karen Smiley, CPC, is a certified, multi-specialty coding expert in physician and outpatient reimbursement. With an extensive background as a coder, auditor, accounts receivable manager, and practice administrator, she has also served as an independent consultant to physician practices and as an assistant coding instructor.