By: Steven Briggs and
Updated: 06-26-2021
From The Book: Criminology For Dummies 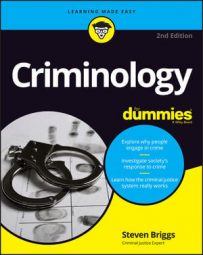 Explore Book Buy On Amazon
Immersing yourself in the behavioral science of criminology involves analyzing the tools and approaches for helping you, and society as a whole, understand and even control criminal behavior.

From interpreting the legal terminology of the various types of violent crime, to examining the important theories as to why people commit crimes, criminological research gives you the knowledge you need to follow crime trends. 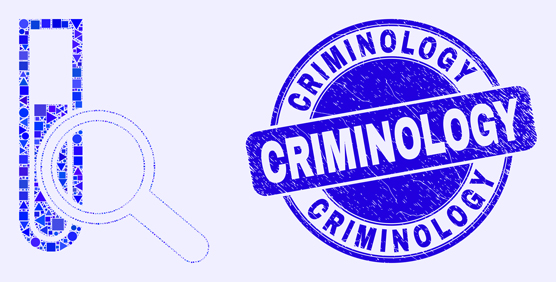 In criminology, how a violent crime is approached depends very much on how the crime is defined. So many different legal terms exist for various forms of violent crime that it’s often hard for people to keep track of what means what.

Here are simple yet detailed definitions of some common types of violent crimes. (Remember, definitions of crimes may differ depending on which state you’re in.)

In criminology, examining why people commit crime is very important in the ongoing debate of how crime should be handled and prevented. Many theories have emerged over the years, and they continue to be explored, individually and in combination, as criminologists seek the best solutions in ultimately reducing types and levels of crime. Here is a broad overview of some key theories:

A sampling of crime stats

Crime trends are very important to policymakers who must decide how much money to commit to public safety. The charts included here show the long-term trends in funding police through 2017 and in crime rates through 2019. (Preliminary statistics for the year 2020 indicate a significant increase in crime nationwide. This may be an aberration in the long-term downward trend, or it may signal a shift. Time will tell.) 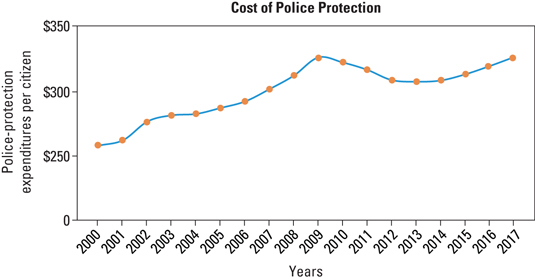 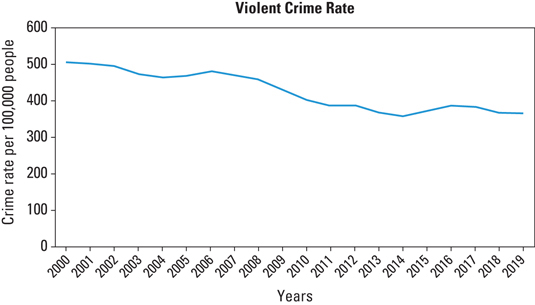 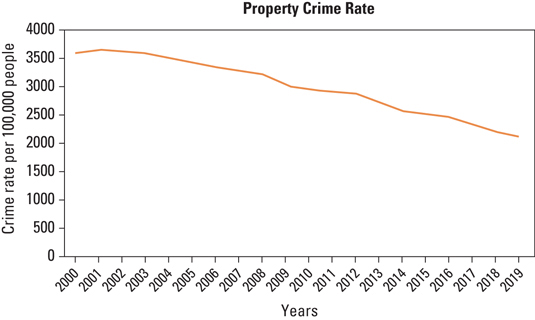 Steven Briggs is a nationally recognized expert on crime. He has worked in the judicial and executive branches of government, prosecuted cases at the local, state, and federal level, and run a statewide law enforcement agency. He has lectured internationally on a variety of criminal justice topics, and in his spare time is an award-winning writer of crime fiction.