What Resilience Is Not 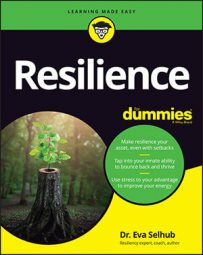 That doesn't mean that you don’t experience periods of fear, worry, or upset. Of course you do! You’re human. The key is that you don’t stay in these negative states for too long because you’re able to shift your perspective and use the situation to learn and grow. 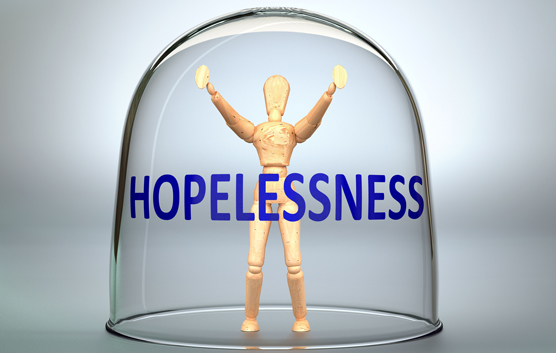 Life can be hard, and when it knocks you down, it’s normal to fall and even to cry. Staying in a state of pity for too long, though, can lead to a victim mindset, where you feel you’re powerless to effect change and that life is totally out of your control.

When you have a victim mentality, you believe that life is happening to you rather than for you or with you. It’s a mindset that usually develops over time, after experiencing multiple setbacks or hurts or the loss of love and support. Eventually, you decide that you have no control over life and that you’re helpless to change it. As a result, you may avoid taking responsibility for yourself or your life and avoid taking risks, embracing change, improving yourself, or making hard decisions. Instead, you may live in fear, complain a lot, and tempt other people to feel sorry for you. This list describes some of the signs that indicate you’re on the verge of having a victim mentality:

If you find that you’re feeling helpless or powerless, ask yourself, “What is it that I do have control over? Is the belief that I am powerless true?”

If you find that you’re putting yourself down, ask yourself, “Am I really that terrible? Is this belief even true? Can I think of times when I was successful?”

If you make these kinds of statements, ask yourself, “Are there times when this doesn’t happen?” and “Is this statement really true?”

If you find that you catastrophize and make mountains out of a molehill, ask yourself, “What is the worst thing that could happen? Is this statement really true?”

If you find yourself feeling like life is against you, ask yourself, “Are there times when things went my way? Is this belief really true?”

Most people vacillate between feeling optimistic and feeling victimized, depending on what is happening in their lives and how they’re feeling about themselves at that particular juncture. Though people don’t start out feeling victimized as children for the most part, they can eventually learn to feel this way as they incur hardships, traumas, or other difficult life events that may cause them to feel more helpless about affecting change in their lives. For some people, as they face continuous negative and uncontrollable hardships, and their efforts fail at effecting change, they eventually stop trying and give up believing that they have any power to improve their circumstance.

Is there something in your life you have tried to do and regularly failed, so you gave up trying? How did that failure make you feel?

The term learned helplessness was coined by the psychologists Martin Seligman and Steven Maier in 1967 when they were studying how dogs behaved when experiencing electric shocks. Seligman and Maier discovered that dogs who realized that they couldn’t escape the shocks eventually stopped trying, even when it was possible for them to avoid the shock by jumping over a barrier. In later experiments, Seligman studied human subjects and their response to loud and unpleasant noises. Subjects had the option to use a lever to stop the noise. Subjects whose lever was ineffective at stopping the noise gave up trying after one round.

Learned helplessness can show up in all aspects of your life. You can see it all around you if you look. People are discouraged about politics and decide not to vote, or they’re discouraged about losing weight because nothing has worked, or their best friend won’t leave a bad relationship because they believe that no one better is out there, or their child has decided not to study because they believe that they will fail anyway. You or someone you know might be depressed, emotionally unpredictable, unmotivated, and unwilling to change healthy habits. When you learn over time that you have little to no control over your life and life circumstances, no matter what you do, you give up hope and give up trying. It may keep you in an abusive relationship or a stressful job or keep you physically ill, even though you have options available to you to get out and change.

Here are some common signs of learned helplessness:

When you feel hopeless, you lack hope in the possibility of a better future. This belief negatively affects how you see the world, yourself, and other people. It can lead to feeling depressed, as though darkness has descended on your life and there’s no point in doing anything. You’re devoid of inspiration and you have no interest in going out, seeing people, working, or engaging in normal activities. The scarcity of social connection and poor motivation to seek help then adds to feelings of isolation or abandonment, exacerbating the feeling of hopelessness.

Hopelessness is often associated with mental health issues like anxiety, depression, substance dependency, suicidal ideation, eating disorders, post-traumatic stress, and bipolar disorder. It can also show up intermittently during periods of difficulty and eventually pass when life lets up a bit. The problem is that when you fall into hopelessness, it can feel like a trap so that you lose the motivation to find help and get out, even though you have plenty of pathways to do so.

I have worked with many people who have complained of depression and described feeling this way. I personally have faced “the darkness of my soul” at critical junctures in my life, after experiencing one traumatic event after another. For my clients as well as myself, feeling hopeless was a symptom of feeling defeated, dissatisfied, and beat up by life events and feeling too exhausted to gather the energy to fight back. With time, love, and support, and reappraising my core beliefs and improving self-care, hopelessness was eventually turned back into hope.

Here are some signs that you’re starting to feel hopeless:

If you’re having difficulty getting out of the trap, I cannot stress enough how important it is to seek help from a therapist, counselor, or trusted friend. You aren’t on this journey alone, and you have available options to feel better, as both I and my clients discovered.

Eva Selhub, MD is a physician and resilience expert. She taught for 20 years as an instructor of Medicine at Harvard Medical School, and served as the medical director of the Benson Henry Institute for Mind Body Medicine at the Massachusetts General Hospital for six years.