Bringing Crystals to the Reiki Table 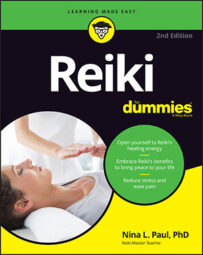 The ancient art of crystal healing relies on the subtle energy emanations of different crystals. Crystals are used nowadays in medical machinery and quartz watches, as well as to adorn the body as jewelry. Crystal healing is increasingly recognized as a useful complementary medicine.

The use of crystals for healing is a separate practice from that of Reiki, but many Reiki practitioners like to have crystals on hand and may use them alongside Reiki. Using crystals with Reiki is like having an extra pair of hands!

When you decide to use crystals along with Reiki, it helps to know just what type of stone you have or which type of stone to look for. Here's some background on where crystals come from and which ones are gems.

You might sense the earth as solid, but deep within our planet, molten lava or magma bubbles away. Natural disasters such as earthquakes and volcanoes result from the constant activity and eventual release of pressure from the steam of hot magma.

Thankfully, the earth's surface is a solid layer that contains mountains, rocks, sand, and crystals. If you went on a hike through desert mountains, where the earth's crust is more revealed due to the absence of abundant plant life, you might find the following:

Some gems come from living things rather than minerals. This category includes pearls, coral, amber, and jet. Like their mineral counterparts, these remnants of life also emit a subtle energy, and though they are not really crystals, they are included in the practice of crystal healing.

Many crystals used for healing purposes are reasonably priced, including the powerful clear quartz crystal that is used to amplify healing. Herkimer diamonds, for example (which aren't really diamonds but a type of quartz found exclusively in Herkimer County, New York) are clear stones. Colored types of quartz are also available, including smoky quartz and rose quartz.