How Businesses Convince You to Buy Their Products 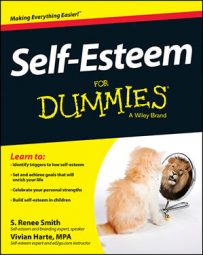 Almost all commercial media aimed at women get their advertising revenue from the food, beauty, diet, and fashion industries. Just the diet industry itself is a $33 billion a year commercial enterprise. And, of course, these industries needs customers on a continual basis in order to keep being successful. It’s in their best interest to create a fantasy of what being attractive is.

Unfortunately, only 5 percent of the population has the fantasy body they show.

The media survives because it makes people believe that they have problems that don’t exist in reality. People in the media business are responsible for urging consumers to adopt limited notions of beauty. They airbrush photographs in magazines and online so that women look smaller and prettier and men look larger and more handsome.

They hire professionals to do the models’ hair, makeup, and clothing to make people fit an ideal image in television commercials. Only when you feel bad about your body image will you buy their products in hopes of changing your body to look like the perfect body they tell you is a must. And if you look closely, you’ll see that the media praises some people and insults others.

On top of that, the media links such things as thinness and beauty in women and strength and good looks in men to having a social, happy, and desirable lifestyle. They tell you that you must invest great importance in your body to be valuable — and of course, purchase their products to fix or conceal your numerous imperfections so you can have this enviable lifestyle.

In addition, the media business makes women feel bad about aging. Have you ever noticed when you watch television commercials that older men are always with younger women? Almost none of the women in commercials have gray hair if they’re married, while many men with gray hair are with women with brown or blond hair, indicating the women are younger than they are.

And never do you see it the other way around in commercials — a younger man with brown or blond hair married to an older woman with gray hair.

Being older, especially for women, is considered unacceptable in media. Comics make jokes about older women, and gray-haired women are rarely seen in roles that are complimentary or strong. This is another way the media industry makes people — especially women — feel there’s something wrong with them as their bodies naturally age.

For a week, jot down every media message you see about bodies in your notebook, whether it’s on television, the Internet, newspapers, magazines, or elsewhere. Mark whether you believe the message is true or not.