A transversal is a line that intersects at least two other lines at a different point for each. That situation involves multiple angles and angle relationships. 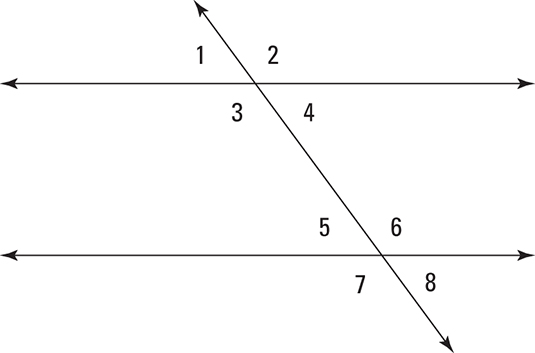 The transversal in the diagram is the line that goes down and to the right. The lines intersected by the transversal are the horizontal lines. Several types of angle pairs exist in the scenario:

Vertical angles are always congruent, and any two angles that form a linear pair are supplementary. When you know all these rules, you can take the measure of any angle in the diagram and determine the measures of all the other angles as long as the lines intersected by the transversal are parallel.