The same tools and techniques you should know for the PMP Certification Exam in Plan Quality Management and that will show up in Control Quality can help in this process. The difference is that here, they are predominately process-oriented rather than product- or project-oriented.

In addition to the tools and techniques above, these additional quality management tools may be of use.

Quality audits are used to perform a structured review of the project to determine whether the team is complying with project and organization policies, procedures, and processes. Those areas not in compliance will result in some type of deficiency report. The team will then develop a corrective action plan and assign someone to implement the plan and follow up on the deficiency report.

For those areas in compliance, no action is needed. For those areas that are performing well, the audit team may identify the good or best practices being employed and share them throughout the organization so other teams can improve their performance as well.

To see how a quality audit could occur on a project, think of a childcare center. During the project, the quality assurance department announced that it would be auditing the project, specifically interested in safety, procurement, and project management practices. Here’s the setup:

On the first day of the audit, Quentin (from Quality Assurance) walked around the site with George, the foreman. Quentin had a checklist of safety policies and procedures that he wanted to ensure were being followed. He also walked around and looked at all the equipment and the workers to make sure that the job site was safe and secure.

He found one instance where a cord for a piece of equipment was not properly coiled. He also noted that some of the material was not stored properly. This was noted, and the foreman corrected it immediately.

Next, Quentin checked the safety log and noted only one incident of a cut finger. The cut did not require stitches or transport to urgent care. The incident was properly logged.

On the second day, Quentin asked to see all the procurement documentation. He reviewed the bid documents, the source selection score sheets, the statement of work, status reports, and invoices. There were three instances where a contractor was late with a deliverable, but the job was currently on time. Therefore, no corrective actions were noted.

Then he had a meeting with the parents and showed them drawings of the childcare center. The contractor and architect attended the meeting. There were a few requested changes, which were incorporated into the plans. Quentin seemed very pleased with this process. He noted that this was a good practice and that he would share it with other project managers. 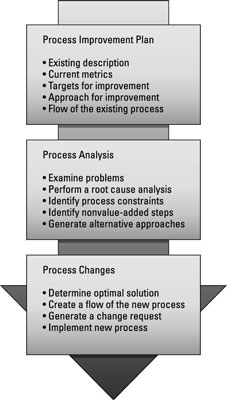