The Coordinate Plane and the GMAT 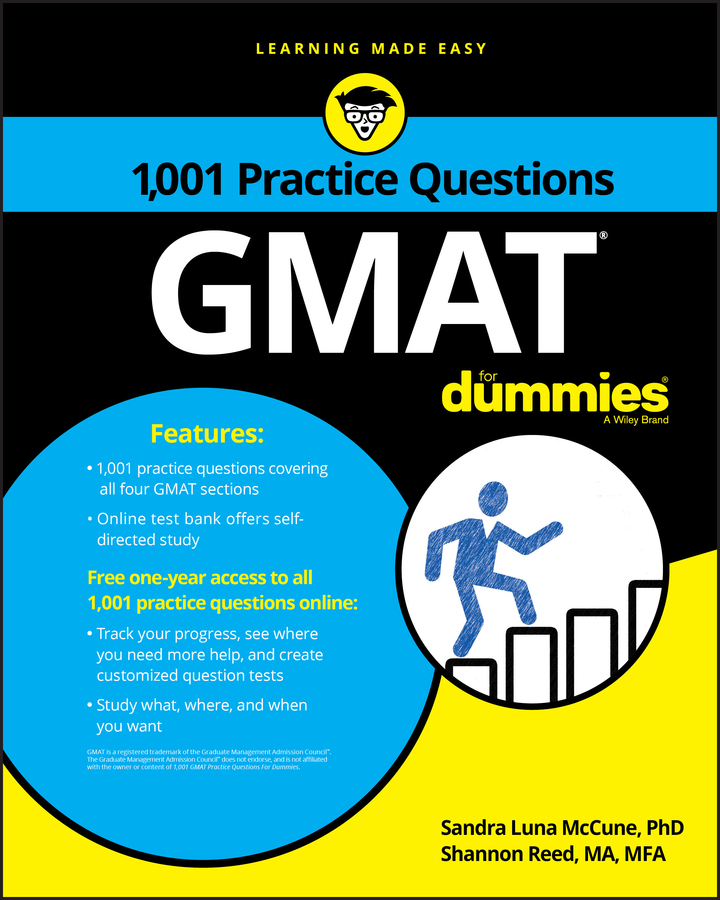 Explore Book Buy On Amazon
The coordinate plane doesn’t have wings, but it does have points that spread out infinitely. You may not have encountered the coordinate plane in a while (it isn’t something most people deal with in everyday life), so take just a minute to refresh your memory about a few relevant terms that may pop up on the GMAT. Although you won’t be asked to define the terms related to the coordinate plane, knowing what they mean is absolutely essential to answering GMAT math questions.

Before you get too engrossed in the study of coordinate geometry, ground yourself with an understanding of these essential terms:

What’s the point? Finding the coordinates

You can identify any point on the coordinate plane by its coordinates, which designate the point’s location along the x- and y-axes. For example, the ordered pair (2, 3) has a coordinate point located two units to the right of the origin along the horizontal (x) number line and three units up on the vertical (y) number line. In the figure, point A is at (2, 3). The x-coordinate appears first, and the y-coordinate shows up second. Pretty simple so far, huh? 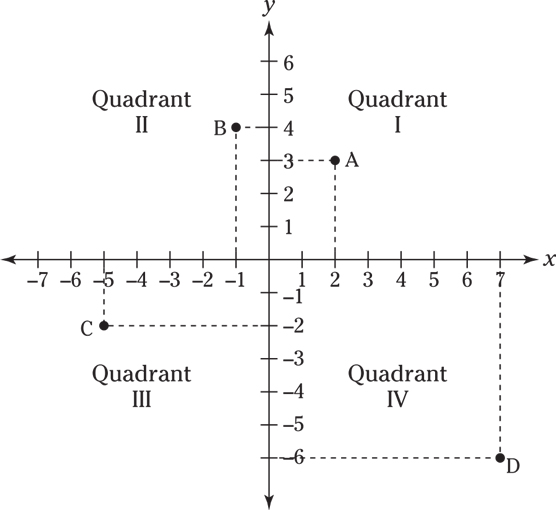 Points on the coordinate plane

On all fours: Identifying quadrants

The intersection of the x- and y-axes forms four quadrants on the coordinate plane, which just so happen to be named Quadrants I, II, III, and IV. Here’s what you can assume about points based on the quadrants they’re in: Quadrant I starts to the right of the y-axis and above the x-axis. It’s the upper-right portion of the coordinate plane. As shown in Figure 18-1, the other quadrants move counterclockwise around the origin. The figure also shows the location of coordinate points A, B, C, and D: The GMAT won’t ask you to pick your favorite quadrant, but you may be asked to identify which quadrant a particular point belongs in.