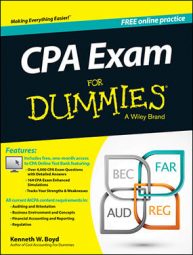 The business law section of the Regulation (REG) test covers the agency-and-principal relationship. All companies have to work with the legal ramifications of hiring and managing employees. One set of rules that applies to the workplace is the concept of agency. Agency represents a legal relationship between an agent and a principal.

Now consider what authority the agent has in his or her relationship with the principal. The REG test covers three types of authority in connection with the agency concept:

Some liability issues relate to the agency concept. First, consider situations in which agents may have liability to a third party:

Indemnity is defined as providing security against damage. When you indemnify people in a legal sense, you’re protecting them from loss or damages that relate to a potential legal liability. The following points relate to liability among agents, principals, and third parties:

A tort is defined as a wrongful act that results in injury to another person. That injury may be a physical injury, or it may be damage to a person’s property or reputation. A tort can lead to civil liability, as opposed to criminal liability. In civil cases, damages may be awarded.

The REG test asks questions about whether a principal is liable for an agent’s torts. A principal can be held liable for the torts of an agent if the agent is working as an employee. In some cases, both the employer (principal) and employee (agent) are held liable for a tort. A big factor in deciding on liability is the amount of control an employer has over a worker.

Another employee benefit that may be on the REG test is the Family and Medical Leave Act. The act provides that a worker can take up to 12 weeks of unpaid leave to care for a spouse who has a serious health problem.