What Is Penetration Testing or Ethical Hacking?

Explore Book Buy On Amazon
Penetration testing, also known as ethical hacking, involves an information technology (IT) professional using the techniques a hacker uses to bypass the security controls of a network and its system. A security control is a protection element, such as permissions or a firewall, that is designed to keep unauthorized individuals out of a system or network.

The act the IT professionals are performing is known as a penetration test, or pentest for short (which is where CompTIA’s term, PenTest+, came from). The penetration test follows the process the hacker would take, including the discovery of targets and the exploitation of targets. 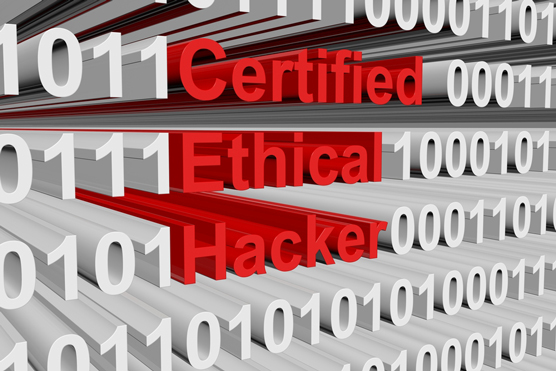 From a company’s point of view, the ultimate goal of a penetration test is to have an ethical person perform attacks on different assets to determine whether those assets could be penetrated, and if the attacks are successful, what remediation steps a company could take to prevent a real attack from being successful.

For the PenTest+ certification exam, remember that remediation steps within the report are a must for any successful penetration test.

A key point to remember is that the person performing the penetration test — the pentester — is taking the mindset of a hacker and following the process a hacker takes. This involves much planning, as only 10 to 15 percent of the penetration test is actually performing the attacks. Like hacking, penetration testing is 85 percent preparation so by the time the attack is performed, the hacker or pentester is quite sure the attack will be successful. You can compare this process to robbing a bank. A bank robber will spend the most time planning the robbery. When it comes time to rob the bank, the actual act of robbing the bank is done in minutes (or so I hear).

Reasons for a pentest

Another reason to perform penetration testing is to be in compliance with regulations. Depending on the industry a company services, organizations may be governed by regulations that require penetration testing to be performed on a regular basis to ensure the security of the organization. For example, companies that collect and store sensitive payment card information are governed by the Payment Card Industry Data Security Standard (PCI DSS). The PCI DSS has strict requirements for activities that must be performed to help keep sensitive payment card information secure. Check out “Best Practices for Maintaining PCI DSS Compliance” and “Penetration Testing Guidance” to learn more about PCI DSS compliance requirements.

The following table summarizes two key requirements from the best practices document published by the PCI Security Standards Council. These requirements specify that organizations must perform an annual penetration test and implement any remediation actions identified by the test. Organizations must also perform a network segmentation penetration test every six months to maintain compliance.

The PCI Security Standards Council’s “Penetration Testing Guidance” document gives more detail on compliance requirements such as the fact that you must also perform a penetration test any time major changes are made to the network infrastructure or to applications within the organization (on top of doing annual penetration testing).

The key point here is that compliance requirements could drive the need to perform penetration tests on a regular basis.

For the PenTest+ certification exam, remember the two main reasons to perform a penetration test: (1) to get an accurate picture of the results of an attack, and (2) to be in compliance with industry regulations.

Who should perform a pentest

The members of the internal team performing the penetration test should not be part of the team who installed, configured, or manages the systems or networks being assessed. They should also not be the people responsible for implementing the security of the systems, as that is a direct conflict of interest. A separate team should be dedicated to assessing security within the organization and performing the penetration tests.

Companies may also create separate internal teams — a red team and a blue team — to help assess the security of assets within the organization. The red team is an internal security group that performs attacks on company assets, such as a penetration test and social engineering attacks to validate whether there is enough protection on the company assets.

The blue team is the internal security group within the company that is focused on protecting the assets. This includes monitoring the security controls, the intrusion detection systems, and the logs to protect the asset and identify when a security breach occurs.

It is important to note that the red team’s job is to stay up to date on any new attack methods, while the blue team must be current on any new technologies used to protect assets from attacks. The red and blue teams should also meet regularly to update each other on lessons learned so that both teams are fully aware of current attacks and mitigation strategies.

Penetration testing can be a costly affair, so having an internal team can save the company lots of money and allow for more regular pentests.

Going with a third-party company to perform the penetration test also has its benefits. For example, the third-party company is most likely not familiar with the organization’s environment (as a hacker would not be), so it can provide an even better picture of an attack because the third party would have to discover all the systems (depending on the type of pentest). Using third-party external testers is also beneficial because you have a fresh set of eyes looking at your network and systems. Internal staff have designed the defensive posture based on the attack vectors they are aware of; while external testers may have knowledge of different attack vectors and may take a totally different approach to exploiting systems.

A final concern is cost. Going with a third-party company can be very costly, as penetration testing is a time-consuming process and requires a specialized skill.

The first qualification to look for in a pentester is whether or not that person holds industry-standard certifications that prove his or her penetration testing knowledge. For example, you may require that all individuals performing a penetration test have their CompTIA PenTest+ certification.

However, certification is not enough. The pentester should also have prior experience performing penetration testing. Following are some questions to ask when hiring a third-party company to perform a penetration test:

How often a pentest should be performed

There is no concrete answer to how frequently you should perform a penetration test; however, it’s best to perform a pentest annually and after any major change to the infrastructure.

If your organization is not governed by regulations that dictate when you need to perform a penetration test, you can create your own schedule that works for you. Hiring an external team of penetration testers can be expensive, so one option may be to create a schedule that uses internal staff to test internal and external assets more frequently than an external company. For example, a schedule could look like this:

Using internal staff for pentesting can help you reduce costs of the testing while still performing them on a regular basis. However, you should have a third-party company perform a penetration test at some point because it is a great way to get a real-world picture of your assets’ vulnerabilities.

You should also perform a pentest after making any major changes to the network infrastructure or application environments, such as upgrades to software. Some examples of infrastructure changes could be adding a new server to the network, replacing a server with a new server, or adding a new network segment. These changes could introduce new ways for hackers to get into the network, so you want to make sure you perform a penetration test to verify all is secure.

In addition, any changes to the software configuration, such as a piece of software being upgraded, should result in a penetration test of that component so that you can verify there are no vulnerabilities in the new software.

For the PenTest+ certification exam, remember that a penetration test should be performed annually and after any major change to the infrastructure.

A few additional considerations should be taken into account related to the timing of pentests. For example, one of the risks of a penetration test is that you could end up crashing a system or network. So, to ensure your pentests are successful in providing you with the information you want, you want to make sure you follow these recommendations when possible: