Explore Book Buy On Amazon
Physical security plays an important role in any organization’s security program and defensive posture, and you need to know some basics about attacks on physical security to pass the CompTIA PenTest+ exam. Physical security involves controlling who has physical access to the facility, the servers, network equipment, and end-user devices. 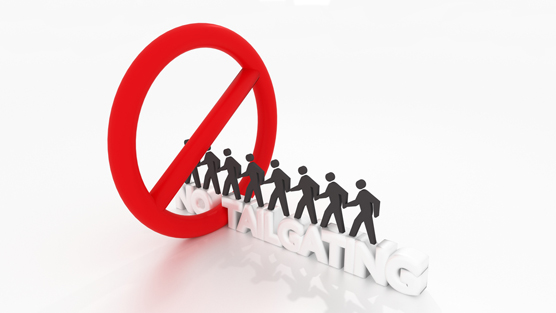 A number of methods may be used to bypass physical security controls. As a penetration tester, you may need to test these physical controls and see if you can bypass the security to gain access to areas of the building you should not have access to.

To compromise physical security as a penetration tester, you can try to follow an employee who does have access into a restricted area of the building after the employee unlocks the door. There are two terms for this type of physical security attack:

A great countermeasure to implement to prevent piggybacking and tailgating is a mantrap. A mantrap is an area between two locked doors. The second door does not unlock until the first door locks. This ensures employees know who is with them at all times. Revolving doors is another type of mantrap that helps ensure no one else slips through the door while an employee is going through.

A method to discover sensitive information about a company and its employees is to dumpster dive. With dumpster diving, the attacker goes through the garbage of the intended victim trying to locate information that could help in an attack.

It is important to shred all sensitive documents so that the sensitive information cannot be discovered via a dumpster dive attack.

Having a fence around the perimeter of the facility is only going to keep the innocent people out. A determined hacker can easily climb the fence to gain access to the facility, so it is important that you have designed a fencing strategy that makes it difficult to climb. Most highly secured environments will use a high fence that angles out at a 45-degree angle at the top to make it difficult for someone to climb over. Companies will also have barb wire at the top to prevent someone from trying to climb over the top.

Traditional locks are susceptible to lock picking in order to gain access to the locked area. A bump key is one example of a lock-picking technique where a filed-down key is placed in the lock and then tapped (bumped) lightly while turning the key slightly. This causes all of the cylinders within the lock to jump up above the cylinder breaking point (hopefully), which would then unlock the door. Many high-quality locks today advertise that they are “bump proof.”

Another example of an attack on locks is for motion-sensor doors that are in a locked state until they detect that someone is trying leave from the inside, at which time the door is unlocked. These doors use egress sensors (to detect people going out) that are motion sensors. There is a known hack where hackers are able to spray compressed air from outside through the cracks in the door to trigger the motion sensor to unlock the door.