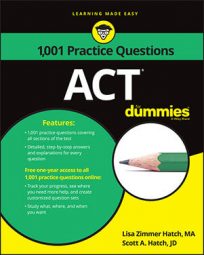 Explore Book Buy On Amazon
If you're good at finding patterns, then you'll probably enjoy tackling the geometric sequence questions on the ACT Math exam. In the meantime, you can enjoy working on the following practice questions, one that deals with a fairly simple sequence and the other requiring some algebra.