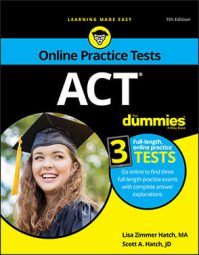 Explore Book Buy On Amazon
Angle problems make up a big part of the ACT geometry test. Fortunately, understanding angles is easy when you memorize a few basic concepts. After all, you don’t have to do any proofs on the test. Finding an angle is usually a matter of simple addition or subtraction.

Here are a few things you need to know about angles to succeed on the ACT:

Don’t automatically assume that angles that look like right angles are right angles. Without calculating the degree of the angle, you can’t know for certain that an angle is a right angle unless one of the following is true: 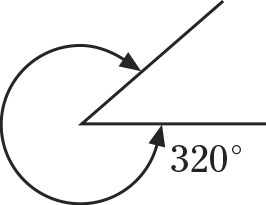 Lisa Zimmer Hatch, MA, and Scott A. Hatch, JD, have been helping students succeed on standardized tests since 1987. They have written curricula and numerous test-prep guides, and have taught internationally through their online forums, live lectures, DVDs, and study programs.