How to Find the Total Energy of a Multi-Particle System 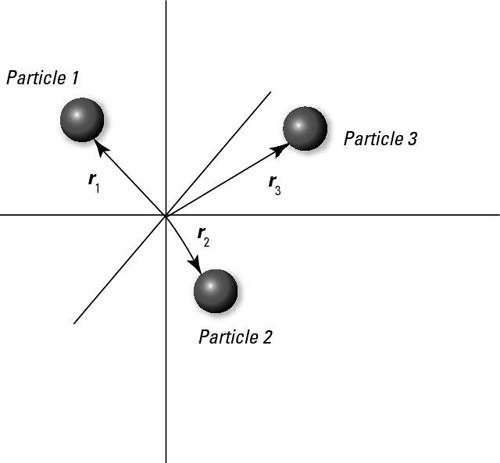 To find the total energy for this system, begin by working with the wave function. The state of a system with many particles, as shown in the figure, is given by

Okay, so what about the Hamiltonian, which gives you the energy states? That is, what is H, where

When you’re dealing with a single particle, you can write this as

But in a many-particle system the Hamiltonian must represent the total energy of all particles, not just one.

The total energy of the system is the sum of the energy of all the particles, so here’s how you can generalize the Hamiltonian for multi-particle systems without spin:

This, in turn, equals the following:

Here, mi is the mass of the ith particle and V is the multi-particle potential.