Say you have two particles of equal mass colliding in a lab frame (where one particle starts at rest). You want to show that the two particles end up traveling at right angles with respect to each other in the lab frame. Using quantum physics, you can. 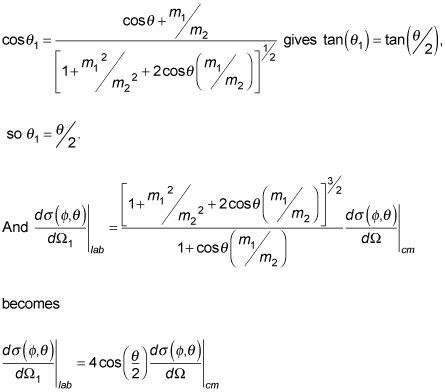 tells you that the following is true:

into the preceding equation gives you

the angles of the particles in the lab frame after the collision, add up to

are at right angles with respect to each other. Cool.

In this case, you can use the relations you’ve already derived to get these relations in the special case where m1 = m2: 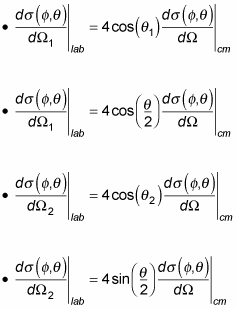