How to Distinguish Particles in a Multi-Particle System

To illustrate this, say you have a bunch of pool balls and you want to look at them classically. You can paint each pool ball differently, and then, even as they hurtle around the pool table, you’re able to distinguish them — seven ball in the corner pocket, and that sort of thing. Classically, identical particles retain their individuality. You can still tell them apart.

The same isn’t true quantum mechanically, because you can’t locate particles with absolute precision. So if you were to have a bunch of electrons, you’d quickly lose track of which one was which — you can’t paint them, as you can pool balls.

For example, look at the scenario in the first figure. There, two electrons are colliding and bouncing apart. Seems like keeping track of the two electrons would be easy. 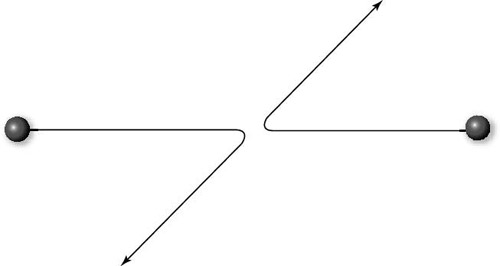 An electron colliding with another electron.

But now look at the scenario in the next figure — the electrons could’ve bounced like that, not like the bounce shown in the first figure. And you’d never know it. 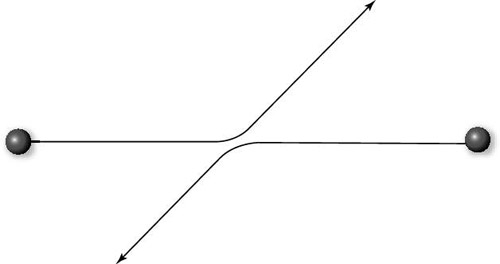 An electron colliding with another electron.

So which electron is which? From the experimenter’s point of view, you can’t tell. You can place detectors to catch the electrons, but you can’t determine which of the incoming electrons ended up in which detector, because of the two possible scenarios in the figures.