Determining the Angular Part of a Wave Function

Central potentials are spherically symmetrical potentials, of the kind where V(r) = V(r). In other words, the potential is independent of the vector nature of the radius vector; the potential depends on only the magnitude of vector r (which is r), not on the angle of r.

So, when you have a central potential, what can you say about the angular part of 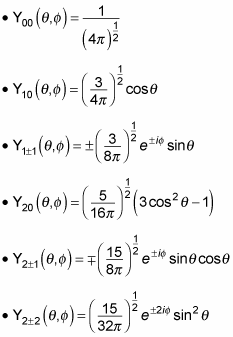 That's what the angular part of the wave function is going to be: a spherical harmonic.