10 Ways You Use Geologic Resources Every Day 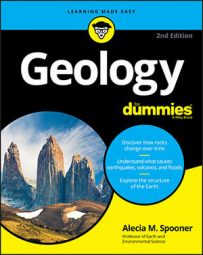 Explore Book Buy On Amazon
Here are a few of the most common ways that you use geologic resources every day. This includes in your home, in your neighborhood, and even in your computer!

One of the best known and most pervasive ways that humans use geologic resources is through the use of fossil fuels: coal, oil and natural gas, to create energy. The hydrocarbons that are extracted from deep in the earth are the remains of once-living organisms (no, not dinosaurs, most are more likely from algae of the distant past). As ancient organic material is trapped under layers of clay and sand it slowly decays, but without access to oxygen it cannot fully decompose. Instead the hydrocarbons molecules just hang out. Depending on the conditions of burial and the location they form different types of fossil fuel resources that humans can collect. 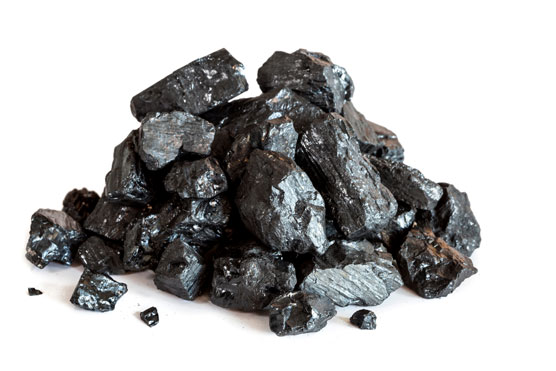 Some organic matter gets crushed over time, turning from a peat bog into bituminous coal that can be mined, such as what is extracted in the Appalachian Mountains of North America. Other organic matter may be trapped in the seafloor sediments and over millions of years form a liquid that can be drilled out as oil, such as that found in the Gulf of Mexico seafloor. Tar sands, such as found in Canada are sandy sediments with sticky hydrocarbon tar filling in all the spaces between grains of sand. And natural gas that is captured by fracking is simply gaseous hydrocarbons hanging out in the tiny spaces between sediments in clay, shale and sandstone rocks.

All of these different types of ‘fossil fuel’ release carbon dioxide when burned to provide energy and with recent understanding of how CO2 effects climate change, there has been a push to move away from our global dependence on these resources.

Plastics are man-made products that were engineered out of the leftover molecules from processing fossil fuels like liquid oil and petroleum. Since their invention in the early 1900’s plastics have become the most common material for making almost everything! Unfortunately, because plastics are man-made, they do not recycle back into the ecosystem the way naturally occurring products do, like paper (from wood fiber) or metals. Look around your house and count all the items made of plastic. These count as geologic resources too, because without fossil fuels, there would be no plastics.

For millennia humans have gathered beautiful minerals, called gemstones, to adorn themselves with as jewelry. Many of the common gemstones, such as those assigned as birth stones to each month of year are simply common minerals with either eye-catching color or intriguing characteristics of hardness. For example, some minerals of quartz have minor amounts of other elements trapped in their crystal structure. When this happens, you get a gemstone! When quartz has manganese trapped within it, it turns purple and we call it an amethyst. When an amethyst is heated its color changes to yellow and we call it a citrine. Similarly, both sapphire and ruby are the mineral corundum, but the sapphires have minor amounts of titanium present and the rubies have minor amounts of chromium present. Other common gemstone minerals include emeralds, aquamarines, and opals.

Maybe you haven’t thought of water as a geologic resource before, but without rock layers to filter groundwater, the water in your well wouldn’t be as fresh! As water moves across the land surface it also moves underneath the land surface. The movement of water through the tiny pore spaces of permeable rock helps filter and clean the water. By the time it reaches an aquifer where it can be stored and accessed, it may already be clean enough to drink straight from the well. However fresh groundwater is an endangered resource. Rising sea levels threaten to infiltrate fresh water aquifers in coastal regions, which, once contaminated by saltwater, are no longer useful for human consumption. Another danger to the groundwater resources in many parts of the world is fracking for natural gas. While the fracking doesn’t directly contaminate groundwater, fracking does release gasses such as methane that have been trapped in the rocks along with other natural gasses. Once these gasses are released during the fracking process they can’t be contained and kept from moving through the rocks into nearby freshwater aquifers.

Maybe you thought the concrete that is used to build sidewalks, buildings, bridges and other structures in your city or town was another type of rock. Or maybe you haven’t thought about it at all. The truth is that concrete is a man-made rock-like material. To make concrete a number of different rocks are actually used. Firstly, you need some crushed rocks and stones and some water. But to glue them together you need cement—or mineral glue. In nature, sedimentary rocks are glued together or cemented with minerals such as calcite or quartz that precipitate between the sediment grains and glue them into one large piece. To make cement humans have mimicked this process by combining limestone, clay and gypsum (another precipitating mineral). Once you have the crushed rocks, water and cement mixture, stir it together and let sit until dry. Now you have concrete!

Concrete is the workhorse material for human buildings. It is used in creating the foundation to homes and buildings, as well as shaping the landscape with sidewalks, highways, concrete barriers and other structures.

Roadways criss-cross almost every landscape now, a sure sign of the Age of Humans or Anthropocene. To build these roads humans depend on a number of different geologic resources to create asphalt, that black stuff that roads are made of. Asphalt is a combination of sticky tar, called bitumen or bituminous coal. The asphalt can be mined where it formed naturally in the rock layers, or refined from other extracted fossil fuels. Combined with gravels, sand and a concrete mix, the asphalt serves as the sticky glue to hold these materials together where they are laid down and compressed to create a roadway.

As our understanding of climate change and the effect of additional carbon in the atmosphere has grown, many regions have looked to alternative sources of energy. One of these sources is geothermal heat. As you dig deeper into the earth you will experience an increase in heat that scientists called the geothermal gradient. The depth at which heat from inside the earth is accessible varies with location. Regions near volcanic activity in particular have access to a great amount of geothermal heat at relatively shallow depth beneath the surface.

To access this heat, for example, to heat your home, you need a system of pipes built that extends deep underground below your house. By sending water through theses pipes, the water will be heated in the deep sections simply because the pipes are surrounded by heated rocks. After it’s heated, the water will be circulated back up into your home where it can be used for a heat source instead of using gas, oil or other fossil fuels to generate heat.

Phosphate is an important mineral to support life and is found in the rocks of Earth’s surface. Natural processes bring phosphate to surface environments through erosion of rocks as they are uplifted on Earth’s surface. Phosphate is also mined and refined into fertilizers for agricultural use. The expanding agricultural business of the last century has ramped up the mining and application of phosphates — the mineral helps plants grow and when applied to crops can increase yields dramatically. However much of the phosphate used is not absorbed by plants and ends up washing into nearby water ways, which can become overloaded with the mineral, leading to negative side effects such as excessive algae blooms.

Computers and handheld device technology depend heavily on geologic resources. You can start by examining the plastics in the device shell or casing but the real story is on the inside. Computers are built using a huge variety of elements mined from minerals found all over the world. Here is a few of the elements found in certain parts of your computer or smartphone:

The rocks we find on Earth are beautiful with their wide array of minerals, textures, and colors. And while the foundation of your home may be the man-made concrete, the many attractive accents or outer layer may be adorned with rock selected not for its strength, but simply for its beauty.

Using attractive stone for construction and decoration began in ancient times in many societies, and the tradition continues today. Although the front of many homes and building may have natural stone features, or accessories, in recent decades there has been a boom in using polished granites, marbles, quartzites, and other rock types for interior decoration as well. Countertops of cut stone are popular, and if you shop around you will find slabs of interesting and beautiful stone in many different colors to choose from. Similarly, interesting stone is used for flowing tiles and even in showers and bathrooms as tile.