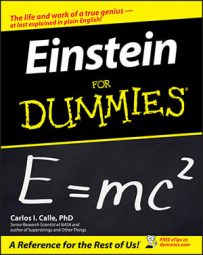 Albert Einstein and his theories of relativity and quantum physics is celebrated the world over. Einstein, the scientist, is familiar to all; Einstein, the man, is less well-known. The following list contains basic facts about Einstein's life: