How to Measure Integration Curves in the NMR Spectrum

By: Arthur Winter and
Updated: 07-15-2021
From The Book: Organic Chemistry I For Dummies

Explore Book Buy On Amazon
You can use integration curves on the nuclear magnetic resonance (NMR) spectrum to show peak intensities. The peak intensity — or the area underneath a peak on the NMR spectrum — is related to the number of hydrogens that the peak represents. 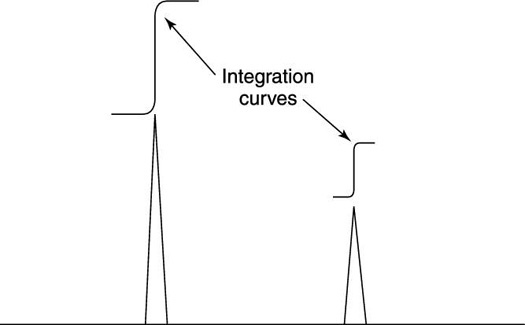 1H NMR spectrum."/>
Integration curves and hydrogen peaks on an 1H NMR spectrum
To measure the height of an integration, you start at the bottom of the integration curve where it's flat, and measure to where the curve goes flat again. Unfortunately, integration can't tell you how many hydrogens each peak represents — it just tells you the relative ratios of hydrogens in one type of chemical environment compared to those in another environment. This makes integration useful only for organic molecules that contain more than one kind of hydrogen (which, fortunately, is most of them).

This does not mean that the larger one represents two hydrogens and the smaller represents one hydrogen, necessarily — although this could be the case. It simply tells you that the ratio of hydrogens in the two chemical environments is 2:1. The next figure shows you how to measure an integration with a ruler. 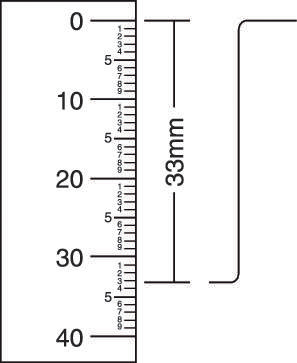 Measuring the height of an integration curve