How to Identify Alcohols and Amines in the IR Spectrum

Alcohols and amines are fairly easy to identify in the IR spectrum, based on their relative locations and shapes. The first thing you'll notice is that both of these functional groups appear to the left of the C-H absorptions, which always occur between 2,800 cm–1 to 3,000 cm–1 in the IR spectrum. 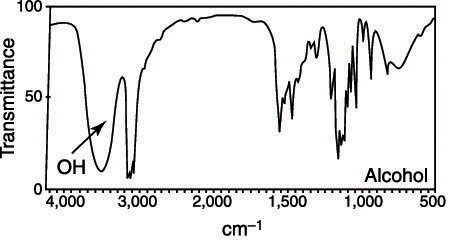 In addition to appearing to the left of the C-H absorptions, alcohols are also very broad, fat absorptions, as shown in the figure. Because of their broadness, they're very easy to spot. 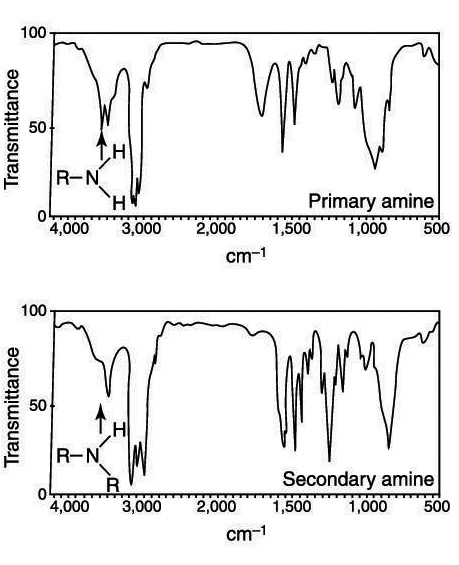 Absorptions of primary and secondary amines.