The Basic Structures of a Living Plant

Explore Book Buy On Amazon
Plants have a root system, a stem or trunk, branches, leaves, and reproductive structures (sometimes flowers, sometimes cones or spores, and so on). Most plants are vascular, which means they have a system of tubules inside them that carry nutrients around the plant. 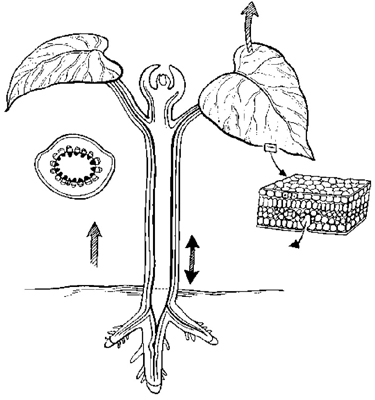 The basic structures of a vascular plant.

There are two main types of seed plants: gymnosperms (conifers, which produce pinecones) and angiosperms (flowering plants). Of the 500,000 different species of plants, more than 300,000 are flowering plants.

Animal cells have these organelles and suborganellar structures:

Plant cells have all the organelles an animal cell has, plus: