The History behind Juneteenth

The holiday recognizes the day in 1865 when Union army soldiers, led by Gen. Gordon Granger, told enslaved people in Galveston, Texas, that the Civil War was over and they'd been freed by the Emancipation Proclamation, issued by President Lincoln in 1863. The unconfirmed story is that enslaved people held in that coastal city were the last to learn of the end of the war — and the end of legal enslavement. 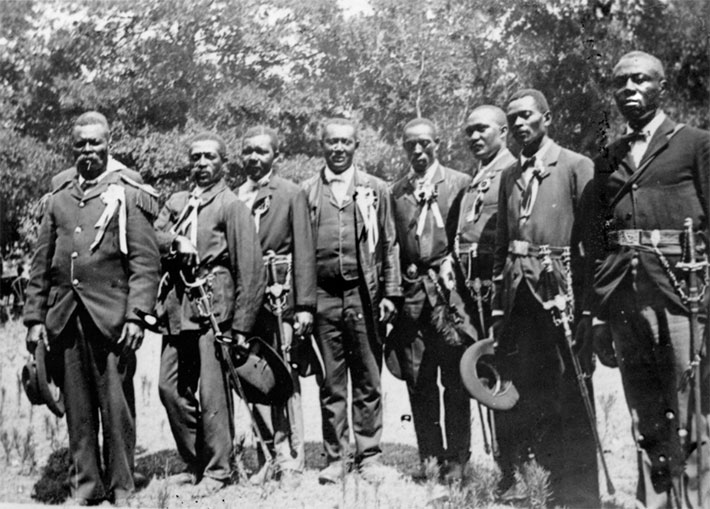 Key events that made the holiday possible

Juneteenth celebrations have occurred for more than 150 years before the day became a federal holiday. But the day drew widespread public attention in 2020. Civil rights protests following the murder of George Floyd by police in Minneapolis, Minnesota, on May 25, 2020, raised awareness of Juneteenth. Then, public outcry over a campaign event in Tulsa, Oklahoma, scheduled for June 19, 2020, by then-US President Donald Trump, captured national media attention. Trump’s opponents argued that holding the event on that date in that city, where a massacre of Black citizens happened in 1921, sent a cynical message.

Though Trump canceled the event, the significance of Juneteenth became known to many Americans for the first time. Major US companies including Nike, Twitter, Target, and John Wiley & Sons (home of For Dummies) offered the day as a holiday for employees that year.

With signature of the bill marking Juneteenth as a holiday, June 19 became the 12th federal holiday — a holiday in which all nonessential federal employees are given a paid holiday (lucky them) and financial markets are closed. Juneteenth joins New Year’s Day, Independence Day, Veterans Day, and Christmas as fixed-date holidays, or holidays that are celebrated on either the same calendar date or the closest weekday if the date falls on Saturday or Sunday. The United States celebrated the first federal Juneteenth holiday on Friday, June 18, 2021, because June 19 fell on a Saturday that year.

As of the 2021 signing of the bill declaring Juneteenth a federal holiday, 49 states formally observe or celebrate the day in some way; eight states include it as a paid holiday for nonessential state employees.

The long wait for freedom and citizenship

Although the Juneteenth holiday has traditionally celebrated the end of enslavement of Black people in the United States, slavery did not formally come to an end nationwide until the passage of the Thirteenth Amendment to the US Constitution on December 18, 1865. Before that amendment abolished slavery, the Emancipation Proclamation had freed only enslaved people in the states that seceded from the United States at the beginning of the Civil War.

The legal status of people enslaved in states that didn’t secede but allowed enslavement — Missouri, Kentucky, West Virginia, Maryland, and Delaware — was unclear until the Thirteenth Amendment passed. Enslavement was not fully banned in the United States until 1866 when treaties with Native American tribes formally ended enslavement in territories controlled by those tribes. Finally, formerly enslaved people did not legally become US citizens with full protection under the law until ratification of the Fourteenth Amendment on July 28, 1868.

There's still debate over the date when legal enslavement of Black people in the United States actually ended. But, whatever the actual date, Juneteenth now marks the end of that painful period of US history.

June 19 is the 12th federal holiday; all nonessential federal employees get a paid holiday (lucky them) and financial markets are closed. Juneteenth joins New Year’s Day, Independence Day, Veterans Day, and Christmas as fixed-date holidays, or holidays that are celebrated on either the same calendar date or the closest weekday if the date falls on Saturday or Sunday. The United States celebrated the first federal Juneteenth holiday on Friday, June 18, 2021, because June 19 fell on a Saturday that year.

A 2017 survey revealed fewer than half of employees of private businesses received paid time off for minor federal holidays such as Presidents Day, Columbus Day, and Veterans Day. Check your employer’s time-off policy before you schedule time to visit your public library to read up on Black American history next Juneteenth. (And may we suggest Black American History For Dummies as an excellent starting place for your studies.)