By: Ronda Racha Penrice and
Updated: 06-08-2021
From The Book: Black American History For Dummies 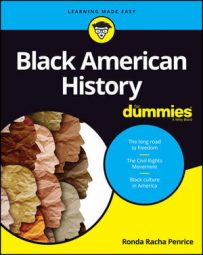 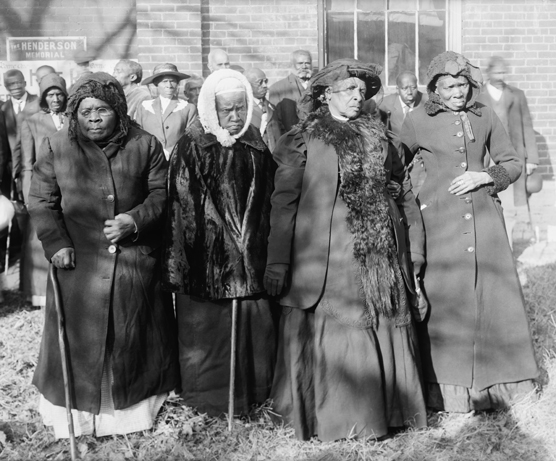 The Smithsonian’s National Museum of African American History and Culture (NMAAHC) in Washington, D.C., is a nationally recognized treasure. But it isn’t the only museum in the nation showcasing Black history and culture. Whether you desire a general overview of the culture, feel like marveling at a few wax miracles, or want to embrace the African Diaspora, there’s a facility somewhere in the United States that caters to your interests. These suggestions can get you started.

Lift Every Voice and Sing

Following is the most popular part of the Black National Anthem, written by James Weldon Johnson and first performed as a poem in 1900. It was later set to music by his brother, John Rosamond Johnson:

Here are some important dates in Black American History:

1619: The first Africans arrive in Jamestown, Virginia, a settlement associated with the origins of the United States of America.

1789: U.S. Constitution designates Black Americans as not being full individuals with its Three-Fifths Clause.

1803: The Louisiana Purchase increases the size of the United States, opening up arguments over admitting slave and free states.

1810: The busiest period of the Underground Railroad begins.

1820: Congress approves the Missouri Compromise, admitting Missouri to the Union as a slave state and Maine as a free state.

1850: The Compromise of 1850, which includes the Fugitive Slave Act (requiring the return of runaways to slavery), passes Congress.

1865 April: The Civil War ends, Abraham Lincoln is assassinated, and the Freedmen’s Bureau is established.

1870: Congress ratifies the Fifteenth Amendment, which prohibits preventing any U.S. citizen from voting based on race, color, or previous slave status and gives Black men the right to vote.

1896: In Plessy v. Ferguson, the Supreme Court sanctions the “separate but equal” doctrine of Jim Crow.

1914: The period known as the Great Migration begins.

1919: Red Summer, where a number of white terrorist acts and racial riots take place throughout the country over several months, erupts.

1963 August: Martin Luther King Jr. delivers his “I Have a Dream” speech.

1965 March: King leads Selma to Montgomery marches, including the March 7 one over the Edmund Pettus Bridge later known as “Bloody Sunday” for the brutality the peaceful protesters faced.

1972: Shirley Chisholm runs for President of the United States.

1984: Rev. Jesse Jackson runs for President of the United States.

1986: First observance of Dr. King’s birthday as a federal holiday.

1995: The Million Man March, organized by Minister Louis Farrakhan of the Nation of Islam, takes place in the nation’s capital

2015 April/May: Baltimore riots and uprising break out in the aftermath of 25-year-old Freddie Gray being harmed in police custody and dying.

2015 July: Sandra Bland is found hanging in her Texas jail cell after being arrested in the aftermath of a traffic stop.

2018 August: Stacey Abrams runs for governor of Georgia and loses in a December runoff amid allegations of voter suppression by her Republican opponent overseeing the election.

2020 August: National attention is directed toward the Louisville police’s March killing of Breonna Taylor in her home.

2021: Rev. Raphael Warnock becomes the first Black Senator elected from Georgia in a critical January 5 runoff where he and other elected senator Jon Ossoff deliver a balance of power to Democrats in D.C. in victories attributed to the efforts of Stacey Abrams. Despite the Capitol Riots on January 6 by Trump supporters and alleged white supremacists, Biden and Harris are sworn in as president and vice president on January 20.

Ronda Racha Penrice attended the M.A. program in Southern Studies at the University of Mississippi. A veteran freelance writer, the Columbia University alum has covered Black history and culture for publications including Zora, Essence, the Atlanta Journal-Constitution, Ebony, theGrio, The Root, and NBC THINK.