Documentaries can be interesting projects if you have chosen a compelling idea that you are passionate about. There are a few ways you can make your film stand out from the crowd.

It’s also a good idea to make sure you avoid as much background noise as possible. It’s very important to hear the answers from your subject, and not any distracting noise.

Throughout recording your interviews it’s a good idea to be monitoring the sound through headphones. This helps detect any unwanted background noises and determine whether the volume or gain levels are set too high. 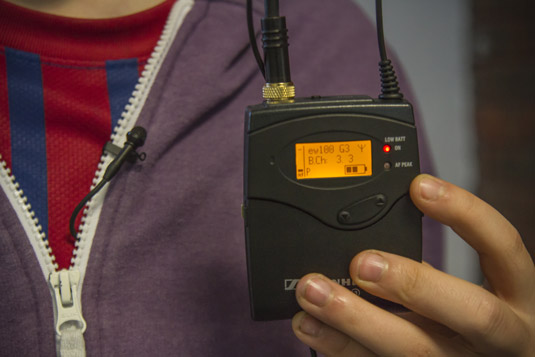 Lavalier microphones are handy when you want good interviews for your documentary.

Interviews are great for documentaries, but be careful: Sometimes scene after scene of someone just speaking to the camera can be boring. To keep your audience interested, try including cutaways. Cutaways are video clips that appear over interviews and voiceovers to help explain a point or to support what the character is saying.

One crew used cutaway footage over the top of their interviews that showed the cast and crew working on their film. This helps the audience see what happened behind the scenes and to show what the subject is explaining during the interview. Cutaway shots can also be used to hide the points in a clip where the subject pauses, says “ums” or “errs,” or makes a mistake. 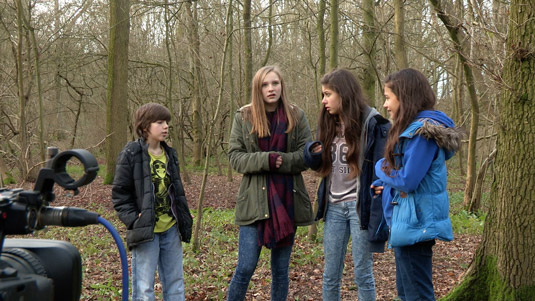 Cutaway shots help keep your audience interested in your film.

As the ending is the last bit of your documentary that your audience will see, it’s important to spend time getting it right. Your audience should be able to walk away from your documentary feeling satisfied and informed. To do this, you need to conclude your story and include any answers to questions asked at the beginning. You may want to include:

You may also decide to include a voiceover here to summarize and conclude your story or topic.